KEARNEY – The geography department at the University of Nebraska at Kearney is hosting a film about a tourist family in Thailand caught in the destruction and chaotic aftermath of the 2004 Indian Ocean tsunami.

A special screening of “The Impossible” is at 7 p.m. Tuesday (April 10) at Kearney’s The World Theatre, 2318 Central Ave. It is free and open to the public.

UNK professor Jeremy Dillon will give a brief presentation on the science of tsunamis following the movie.

Based on a true story, “The Impossible” is an account of a family caught, with tens of thousands of strangers, in the mayhem of one of the worst natural catastrophes of our time.

Maria (Naomi Watts), Henry (Ewan McGregor) and their three sons begin their winter vacation in Thailand, looking forward to a few days in tropical paradise. But on the morning of Dec. 26, as the family relaxes around the pool after their Christmas festivities the night before, a terrifying roar rises up from the center of the earth.

As Maria freezes in fear, a huge wall of black water races across the hotel grounds toward her. 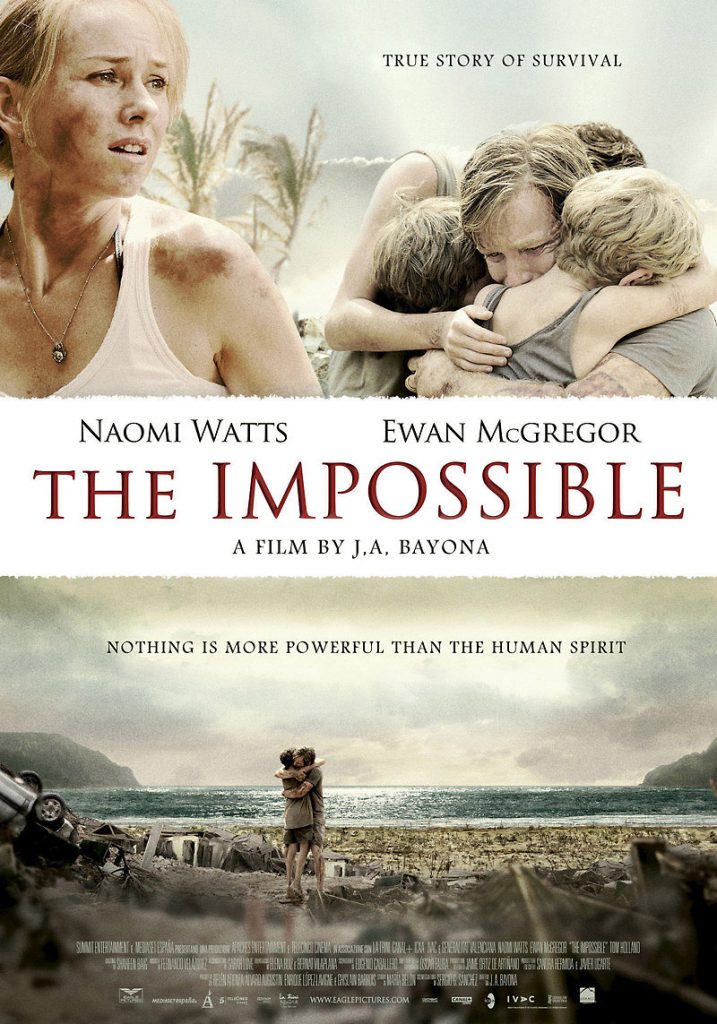