KEARNEY – A documentary film that examines higher education and how state support for universities is declining is being screened in Kearney.

“Starving the Beast” will be shown at 7 p.m. Feb. 20 at The World Theatre in downtown Kearney, 2318 Central Ave. A discussion will follow the film, with a focus on ongoing debates surrounding state funding of public universities.

“Starving the Beast” examines the ongoing power struggle on college campuses across the nation as political and market-oriented forces push to disrupt and reform America’s public universities. The film documents a philosophical shift that seeks to reframe public higher education as a ‘value proposition’ to be borne by the beneficiary of a college degree rather than as a ‘public good’ for society.

The film is hosted by University of Nebraska at Kearney Faculty Senate and UNKEA Education Association. 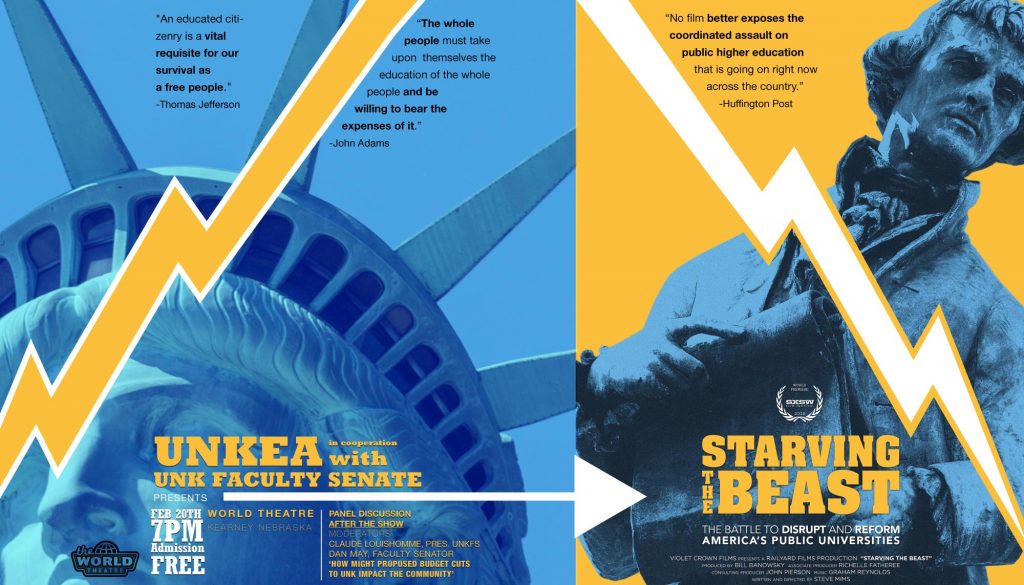