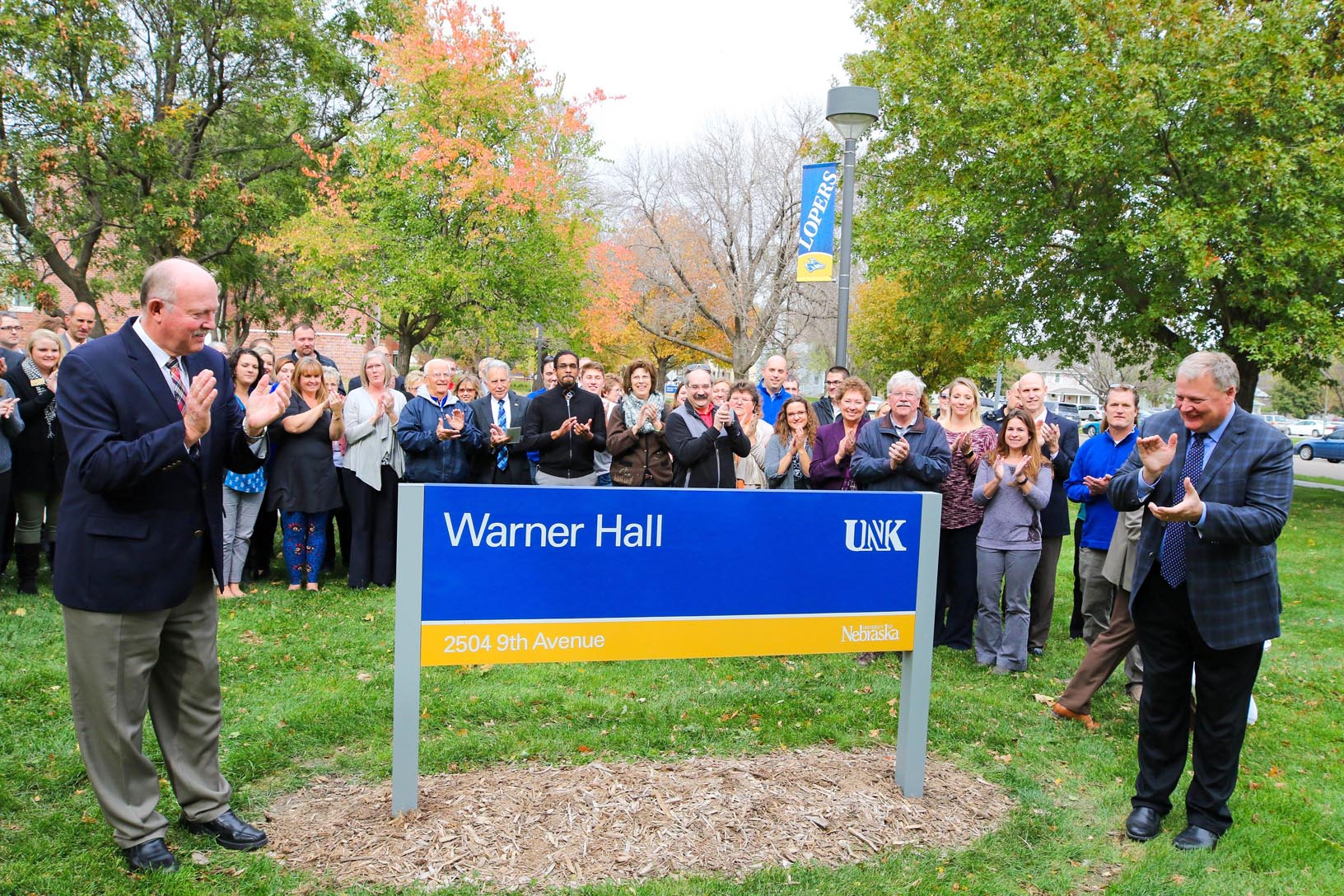 KEARNEY – Chancellor Doug Kristensen led a celebration of Jerome and Charles J. Warner Hall and sign-unveiling ceremony Thursday at the University of Nebraska at Kearney.

The community event recognized the former Nebraska political leaders and advocates for Kearney Normal School, Kearney State College, and later, UNK. Formerly known as Founders Hall, the building’s name honors the father and son who were instrumental in the university’s history. 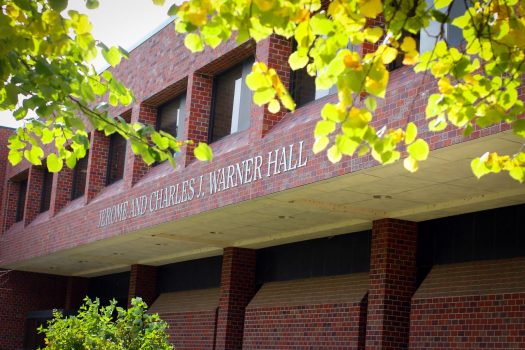 The name was approved by the University of Nebraska Board of Regents on March 31, and since then the building’s signage and some interior updating has occurred to signal the transition. The former Founders Hall was built in 1978.

“When the idea emerged several years ago to more widely and prominently note the significance of Charles and Jerome Warner’s contribution to UNK, we weren’t quite sure what to do and how to go about it,” Kristensen said.

“Many of you know that I’m fond of Senator Warner, as he was a close friend of mine as I worked in the Legislature and in various projects with him throughout Nebraska.

“As we prepared for the 111-25 Year of Celebration events we began to think more about what we could do to honor this family for their work to better not just the university, but Nebraska.”

Charles Warner was a member of the Nebraska House of Representatives from 1901-1907, then in the Nebraska Senate from 1919-1937, and then the Nebraska Unicameral from 1937-1939, and served as the combined legislature’s first Speaker. He was later elected lieutenant governor four times, serving from 1949 until his death at age 80. Charles was often referred to as the “grand old man of Nebraska politics.” He led the effort in the Nebraska House in 1903 to establish Kearney Normal School.

Always by Charles’ side growing up, Jerome Warner himself became the next “grand old man,” serving 35 years in elected service as state senator, including as Speaker, and heading committees on Education, Appropriations, and Revenue, and the Executive Board. He led efforts on bills related to state school aid, forming the Department of Administrative Services, limiting property taxes, highway and road funding, development of the biennial budget process, among others. His leadership helped make Kearney State College part of the state university system in 1989.

“When Founders Hall was ready for occupancy in January 1977, the art department was in the first floor, and economics, history, political science, psychology and sociology occupied the second. So was the School of Education,” Kristensen said.

“Much has changed – many offices and departments have moved in and out of this building over the last 40 years – but what has been constant is our administration and faculty’s determination to do our best for our students, and for Nebraska,” added Kristensen. “How many conversations have occurred here in these walls with administrators, faculty and students, all taking part in learning and striving for greatness for our future?” 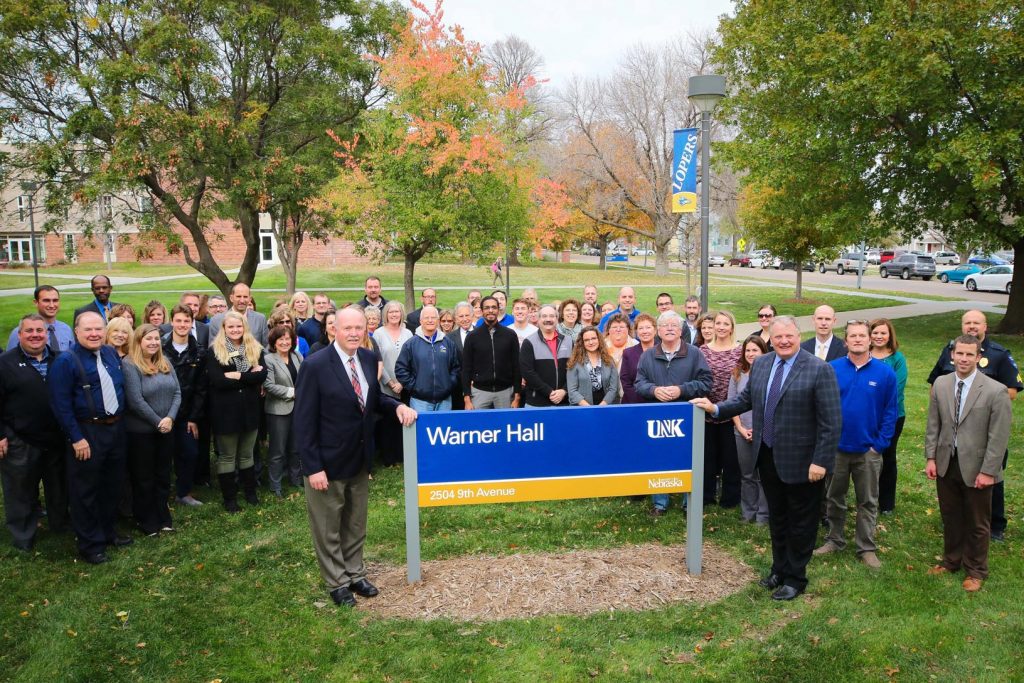 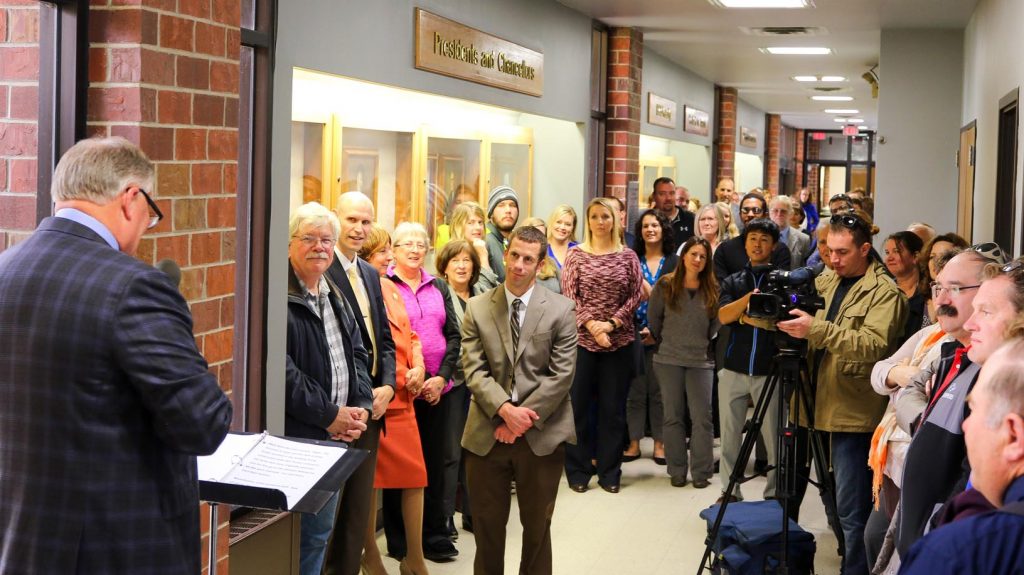