You are here: Home / News / Rhodes gets up close look at humanitarianism at Hong Kong leadership symposium
Post Views: 866 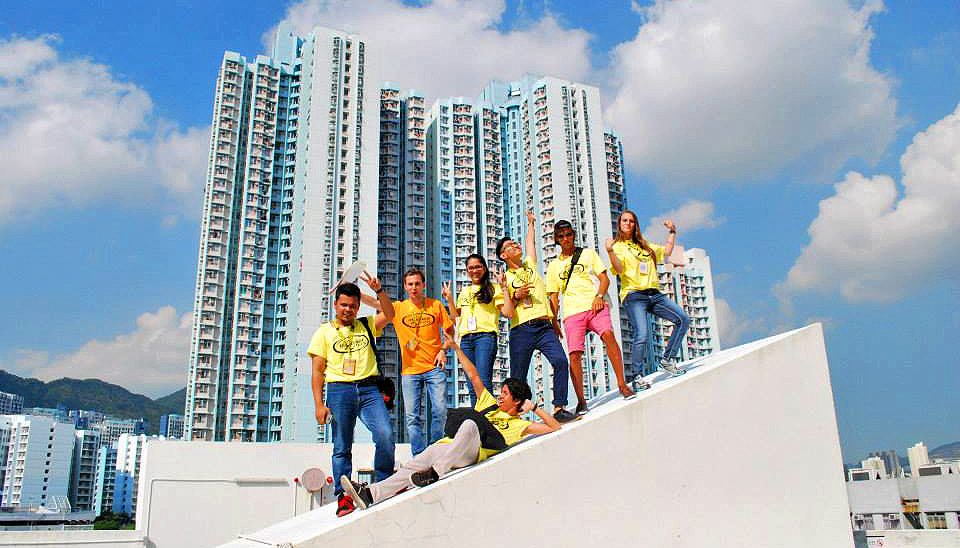 KEARNEY ­­– Abbey Rhodes has studied abroad and attended numerous conferences across the United States. But nothing prepared her for the experiences she had in August while attending the University Scholars Leadership Symposium in Hong Kong.

“Nothing has actually brought me to tears like during some of the sessions,” said Rhodes, a senior business major from Kearney. “Just the realizations that you have listening to these speakers, listening to their stories and the struggles they had. They weren’t there just spewing statistics at you. They’re up there telling you how life actually is. It’s not always what you want to hear. The point was to tell you how it is and to actually make you better.”

The symposium is hosted each year in Southeast Asia. It is sponsored by the Humanitarian Affairs Council from the United Kingdom and Asia, attracting around 800 students from more than 50 countries.

“Enrich, Educate, Enlighten” – this year’s theme – included training sessions on personal development, communication and professional performance by world-renowned speakers, all of whom have applied their skills and knowledge in the humanitarian field.

The following is a Q&A with Rhodes about her trip:

How did you hear about this symposium?

“Through Enactus, an entrepreneurial organization on campus. I’m the president of that organization this year. I received an email saying they were looking for leaders. Enactus focuses on social entrepreneurship ­­– we really want to help people.”

Why did you decide to attend?

“I really wanted to go to Hong Kong. I studied abroad in the Netherlands. That was my first view of outside the United States and I loved it. I wanted to go to be around all of these influential students who were doing so many things on their own campuses, and so many initiatives on how to make the world a better place, especially in other countries. 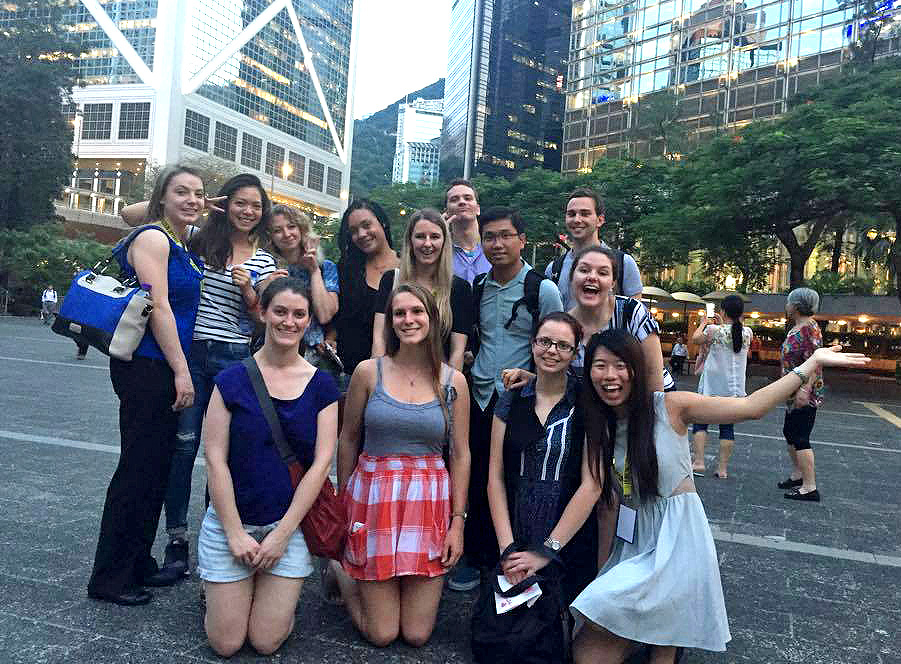 Who were some of the speakers you got to see at the symposium?

“The speakers had a wide range (of topics). From starting your own social enterprise, to doing altruistic acts in order to live the purposeful life. Those were the two that stuck out the most to me, but there were 10 to 12 speakers I got to experience. There were a couple people who were CEOs of nonprofit organizations, and (they talked about) what they go through. There was someone who specialized in music therapy, helping people find a place where they feel safe and motivated through music.”

Which one would you say was your favorite out of all the speakers?

How will the experiences you had at the University Scholars Leadership Symposium help you to be a better leader?

“A lot of the speakers talked about their leadership and their struggles that they went through. It’s about finding your own patience and how to motivate people. You’re finding other people with similar passions. You be a leader so your whole team grows up together. Everybody learns together and works together. Being a service leader – the concept of service learning – is leading by example, doing good. By doing this good and doing these services, other people see you, want to help you and be doing these services as well.

I think it also gave me a global look and it took me out of what we like to call ‘first-world problems.’ It showed me to not always take life so seriously. Things are usually going relatively well in this country.” 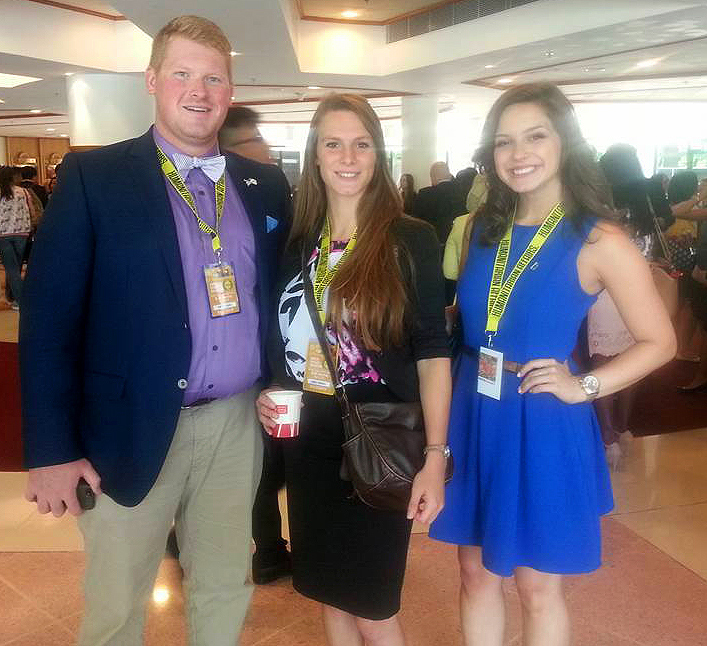 After learning all of these things at the symposium, what would you say makes a great leader?

A leader is somebody who’s inspiring and confident with themself. They’ll go the extra mile to herd the people they need for their patience. The ability to have people follow you. I think anybody who has been a leader has that problem. It’s an art – not a science. You have to be able to make yourself to the personalities of others.”

What were some other experiences you had at the symposium?

“One day of the symposium was called the Learning Journey Day. You got to choose which learning journey you wanted to go on. These varied from being able to go on a refugee run simulation, to a sweatshop simulation. You could help the elderly with different house remodeling needs. I went to something called Artists with the Disabled. There was a woman there who couldn’t use her arms. Her arms were not whole functioning. But she wanted to make art, so she learned how to draw with her feet. She could draw better paintings with her feet than I have seen from your average artist. We all got to paint with our feet too. That was really fun.”

What were some of the sites you visited?

“There’s this place called Victoria’s Peak. It’s one of the highest spots on Hong Kong Island, which is across from Hong Kong itself. You go up to the top of the peak and see everything of Hong Kong. Every night, Hong Kong puts on a light show from all of the buildings. The buildings light up in these different shapes and there are lasers flying out. It’s really cool to watch that from the peak.

We also went to the world’s highest bar, the Ozone Bar, which was on the highest floor of the International Commerce Centre building. We went up to the top of this building and that was really neat.” 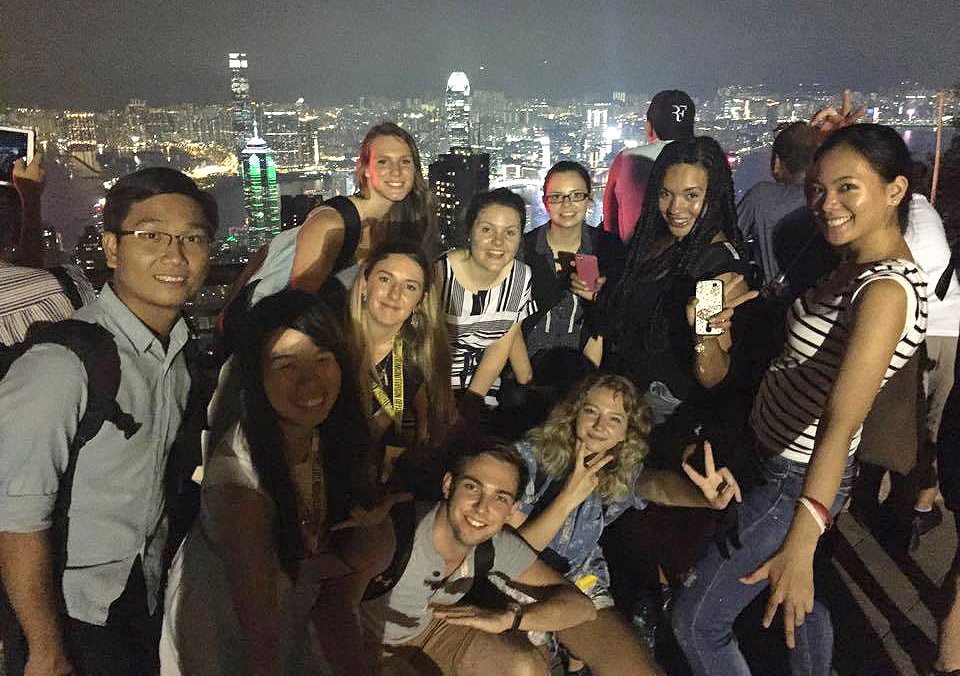 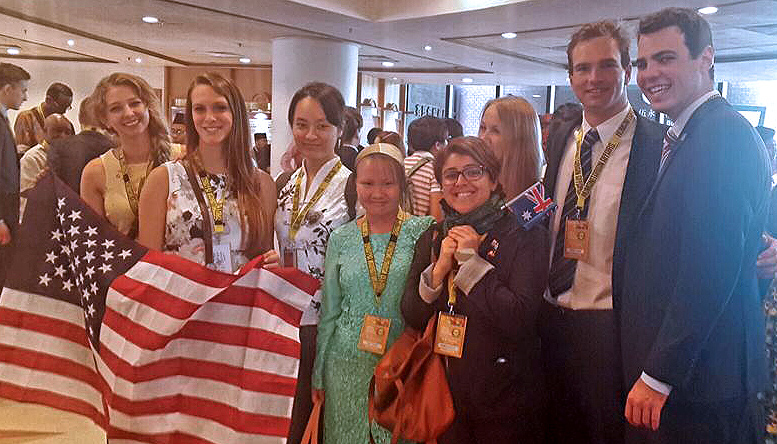 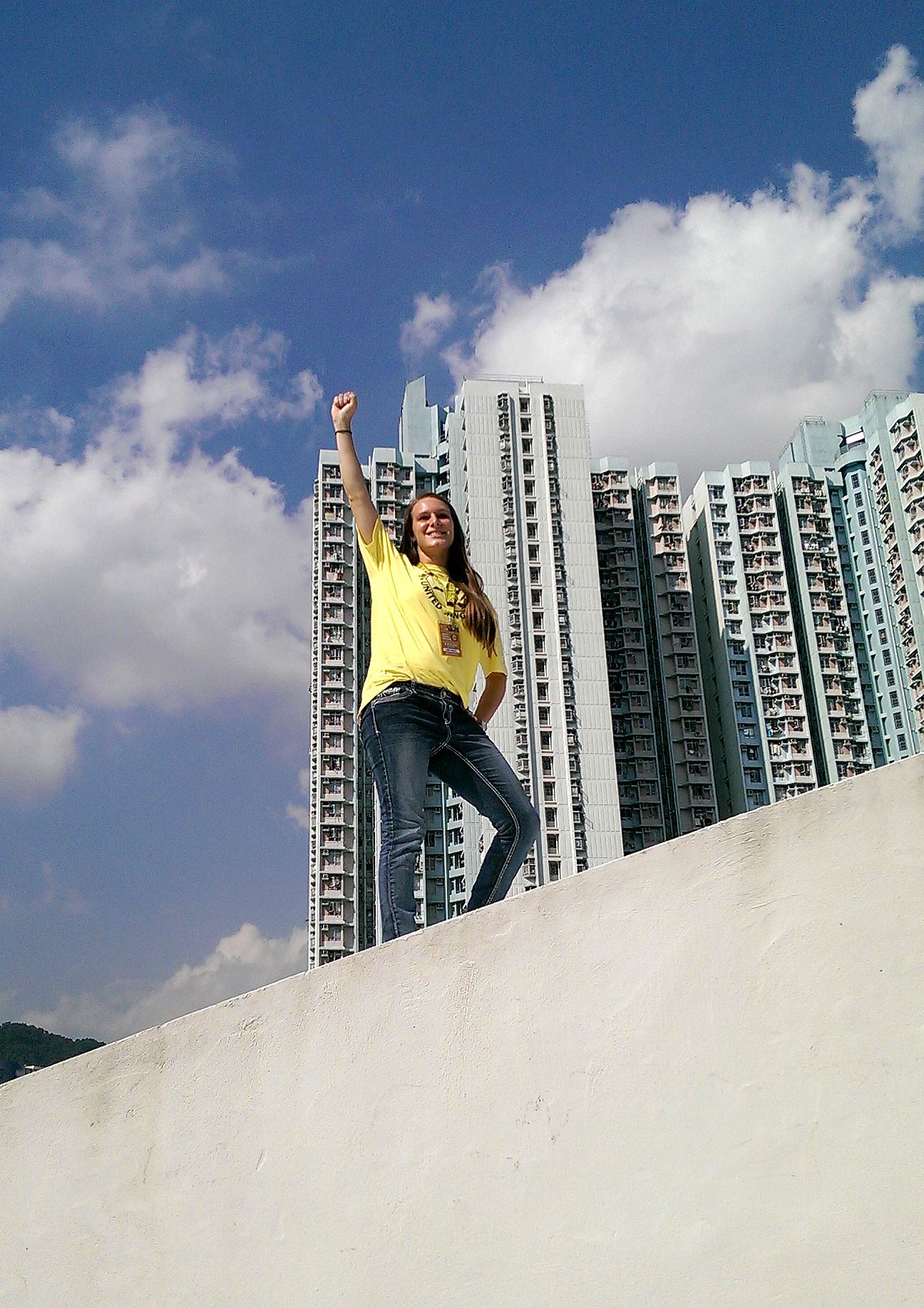