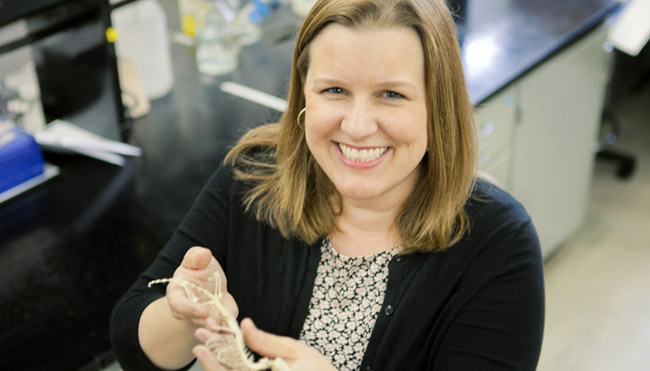 Who: Karen Sears, biology professor University of Illinois
What: DNA Day presentation, “The Case for Mice with Pouches.”
When: 2:30 p.m., Friday, April 24
Where: University of Nebraska at Kearney, Copeland Hall, Room 133
Presented By: UNK Department of Biology

KEARNEY – Karen Sears will share her interest in the evolution of mammals at the third annual DNA Day at University of Nebraska at Kearney.

Sears will present “The Case for Mice with Pouches” at 2:30 p.m. Friday (April 24) at Copeland Hall, room 133. The event is free and open to the public. Sears is an assistant professor at the University of Illinois.

Brad Ericson, associate professor of Biology, says Sears was chosen to speak at DNA Day because of the quality of her work.

“(Sears has) done some extremely fascinating work and she’s very early in her career,” he said. “She’s clearly someone who is going to have a fantastic career.”

“Her work fits very well with the theme of genetics and molecular biology of the lecture series,” Ericson said.

Part of Sears’ doctoral committee included Neil Shubin. Shubin is the author of “Your Inner Fish,” which gained recognition as a three part PBS series, one of which Sears’ appeared and showcased her research.

Sears will also speak about evolution with students in the Science of Fear class on Thursday, April 23. The class is co-taught by biology professor Kim Carlson and psychology professor William Wozniak.

DNA Day began at UNK in 2013 and to honor Doug Lund, a UNK biology professor who retired in 1999 after teaching for more than 37 years. Lund specialized in genetics and immunology.

Lund continues to be a part scientific exploration and engagement by attending molecular biology seminars almost every Friday afternoon at UNK. 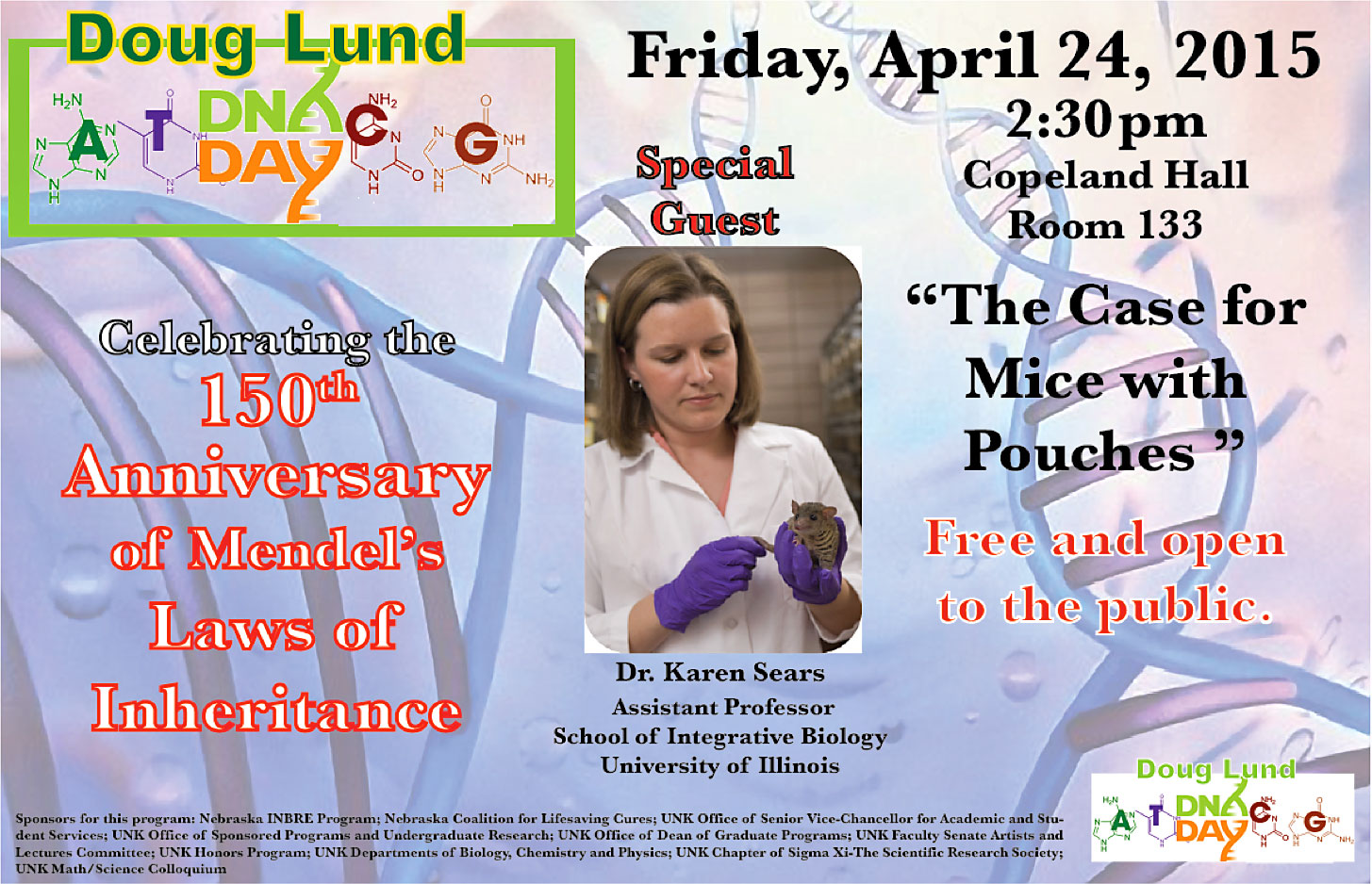