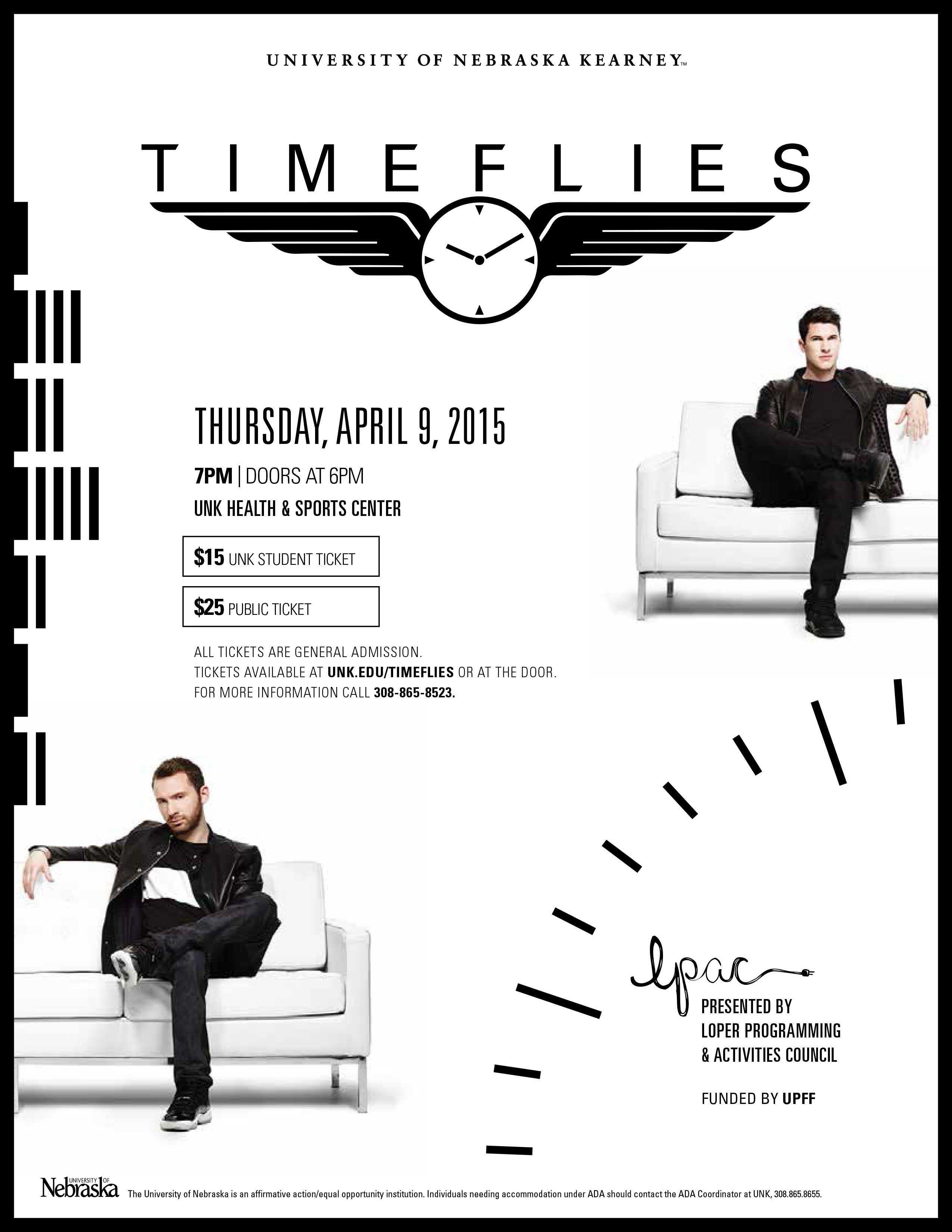 KEARNEY – One of the top electronic dance music acts on tour is bringing its show to the University of Nebraska at Kearney.

Timeflies – named by Billboard as one of the top artists to watch in 2013 – will perform at 7 p.m. April 9 at UNK’s Health and Sports Center.

Tickets are $15 for UNK students and $25 for the public. All tickets are general admission and go on sale at 10 a.m. today (Feb. 17) at www.unk.edu/timeflies.

Timeflies includes the duo of producer Rob Resnick and vocalist Cal Shapiro, who combine pop, hip-hop and R&B with studio tricks and electronic dance music. They formed Timeflies in 2010 and released their debut album “The Scotch Tape” a year later. That album rose to No. 2 on the iTunes pop chart within 24 hours of its release.

The act gained popularity through its Timeflies Tuesdays – an online YouTube series where it releases remixes, performs live covers and freestyles over original beats.

Timeflies’ second album “After Hours” was released in 2014 and includes the hits “Monsters,” “All the Way,” “Swoon” and “Somebody Gon Get It.” The album reached No. 1 on the iTunes pop chart, and the music video for “Monsters” has more than 2.4 million views on YouTube since its release 10 months ago. 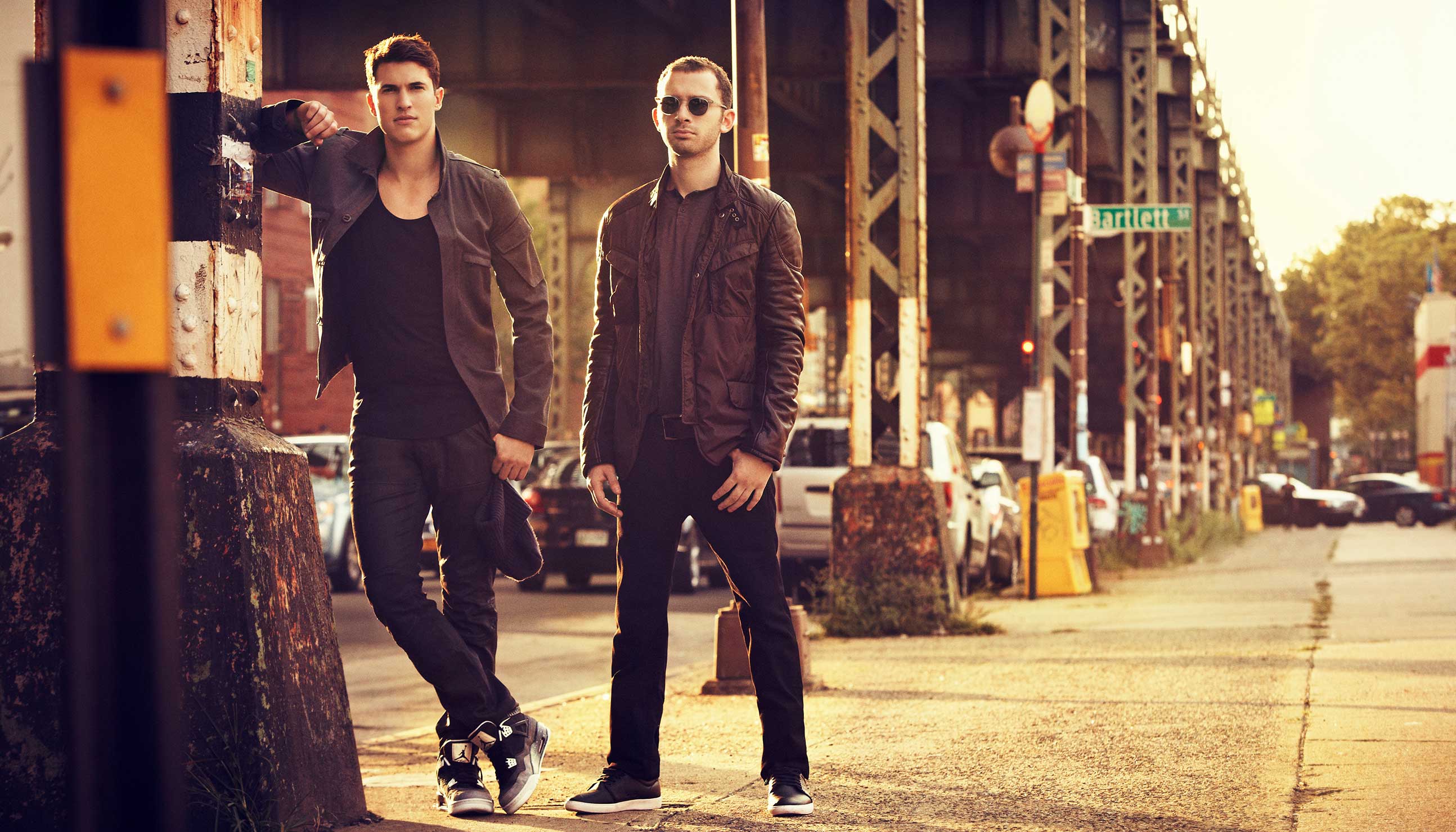