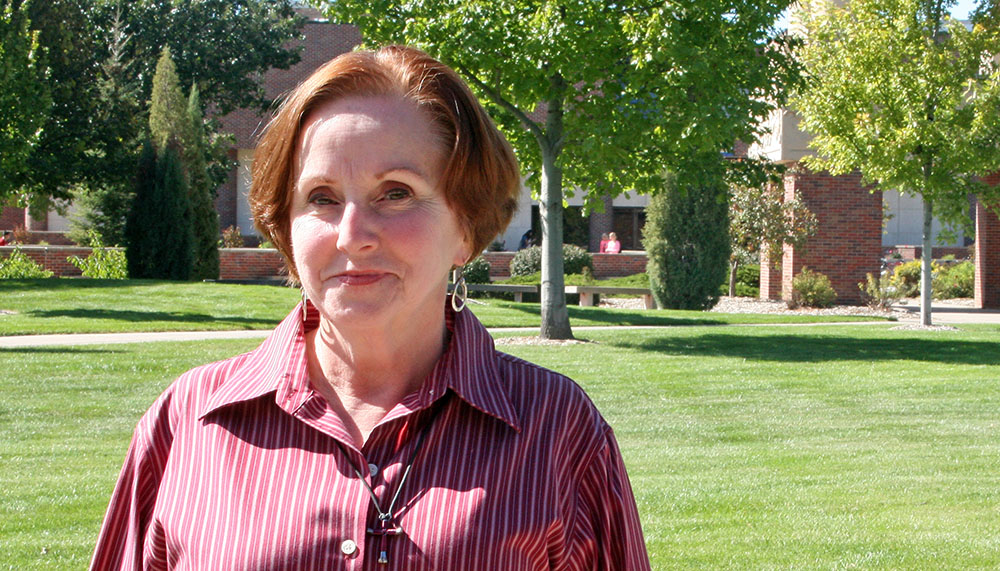 KEARNEY – Judy Spellman has gone on hundreds of camping trips with her husband, Rich. The couple has traveled all over the country, and they have no intention of slowing down.

“You just realize how precious life is,” said Spellman, who worked as an administrative associate in the Student Affairs Office at the University of Nebraska at Kearney for over 24 years.

After a routine appointment in December 2011, Spellman learned her mammogram was abnormal. Just a few days later she was undergoing a biopsy and soon diagnosed with ductal carcinoma in situ, an early stage of breast cancer.

In February 2012, Spellman had surgery to remove the tumor in her left breast. But during surgery, doctors found another rapidly growing tumor. Doctors weren’t sure they would be able to remove 100 percent of the tumor in a second surgery.

“My husband and I decided it wasn’t worth taking the chance,” she said, fighting back tears. “It’s been so long since I talked about this.”

Spellman decided to have a mastectomy of her left breast. She didn’t have to undergo any radiation or chemotherapy.

Never missing a mammogram appointment, Spellman says, is a reason why her cancer was caught early.

“Neither one of the surgeons could feel the tumor. It was very very small,” she said. “By the time it would have gotten big enough so that I could have felt it, it could have been too late.”

Spellman recommends that women take the time to get a physical and mammogram every year.

“Women have a tendency not to take care of their health. They need to know how critical it is. If you catch cancer early, it can be curable,” she said.

Later in 2012, Spellman had breast reconstruction surgery. “Initially, I wasn’t going to. But we are very active, we swim and camp all the time,” she said.

And after retiring from UNK in August, Spellman and her husband aren’t slowing down.

“I liked working with the students and parents,” she said. “That’s why I hated to retire.”

But at 69, she decided it was time. And now Spellman and her husband have time to travel more in their fifth wheel camper. They recently returned from a trip through eight states.

Except for skin cancers, breast cancer is the most common cancer in women, but it can be successfully treated. Screening tests can find cancer early, when chances for survival are highest.

Know what is normal for you

One thought on “Spellman not slowing down despite cancer scare”