KEARNEY – More than 4,000 pounds of food was collected during the recent University of Nebraska at Kearney Canned Food Build.

“The homecoming teams accomplish so much through the week, and the purpose of the Canned Food Build is to have those teams come together to accomplish something for the greater good that impacts the Kearney community,” said Heather Wolf, assistant director for student activities. “Every year, the students are amazed at what seems like a fun and silly event turns into something that does so much good for the community.”

Organized by the Loper Programming and Activities Council, the event was hosted Sept. 17 as part of UNK Homecoming Week activities. Food collected is being donated to the Mid-Nebraska Food Bank and The Big Blue Cupboard, a UNK organization that combats student hunger.

“Having the homecoming event support the Big Blue Cupboard means a lot to our campus,” said Monica Mueller, assistant director in the Office of Multicultural Affairs. “The pantry is visited daily by students who might be waiting on their next paycheck to buy food or supporting their family while attending school. The Big Blue Cupboard wouldn’t exist without all of the donations that are made by the campus and Kearney community, which we are continually grateful for. It’s great to see a traditionally social event like homecoming taking time to serve others, too.”

The first-place winners of the Canned Food Build were Alpha Xi Delta, Pi Kappa Alpha and Sigma Lambda Gamma with their creation of a jukebox.

Residence halls, sororities, fraternities and other organizations compete for points throughout Homecoming Week during events such as the Canned Food Build, Battle of the Brains, Spirit Competition and the Lip Sync Competition. The team with the most points becomes the Homecoming Sweepstakes Champion. 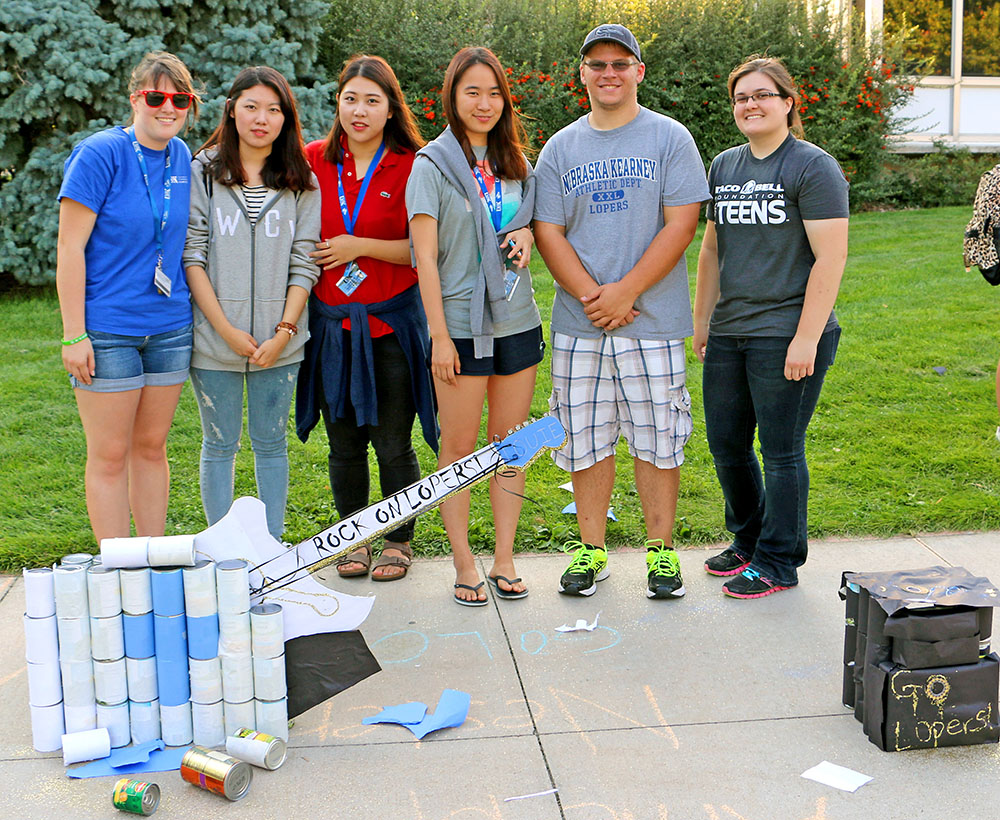 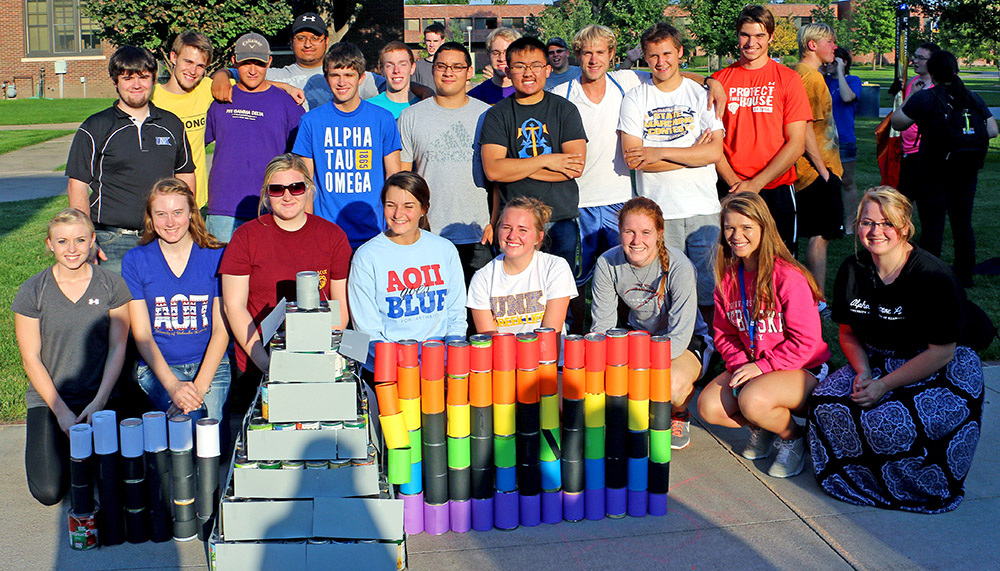 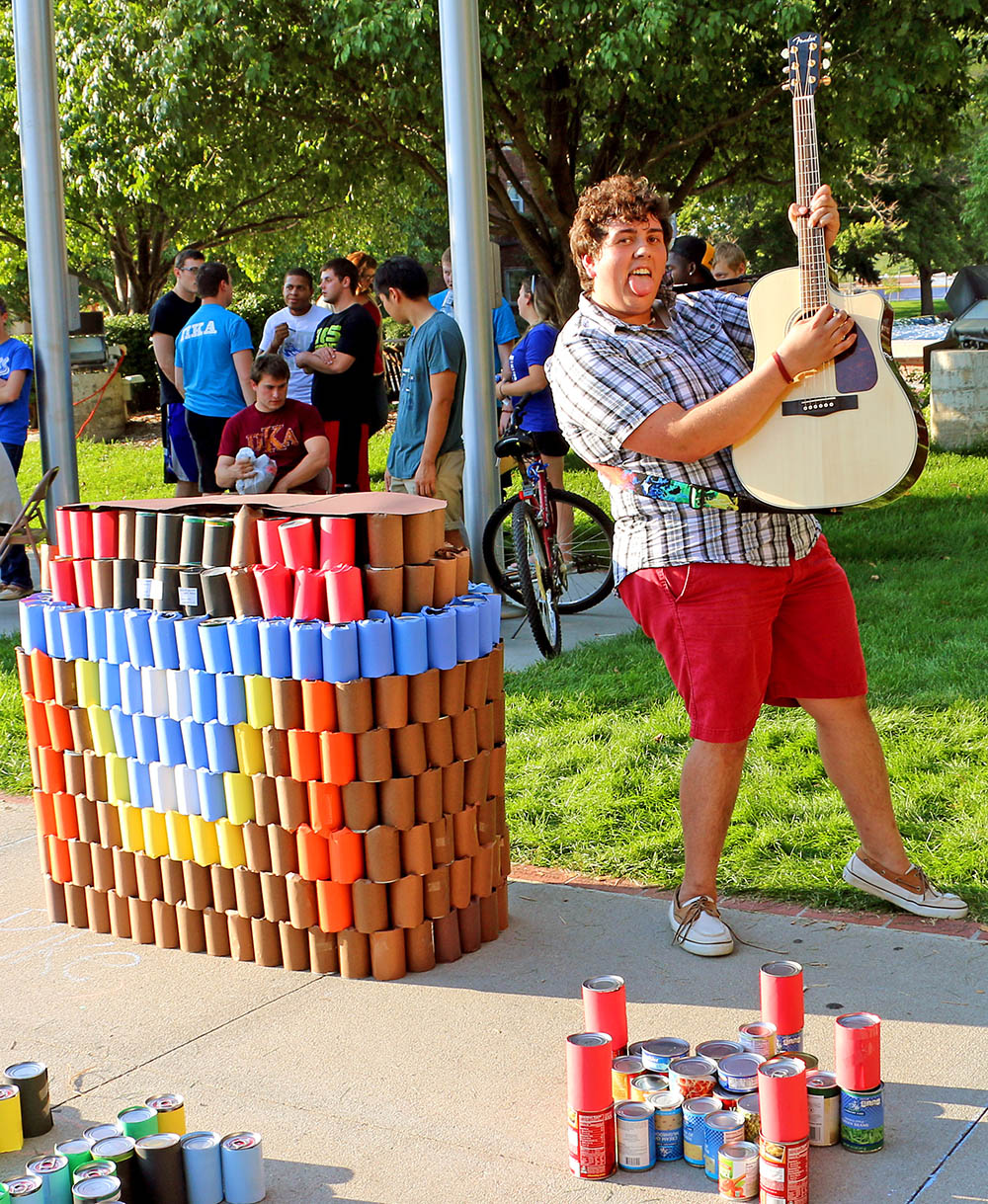 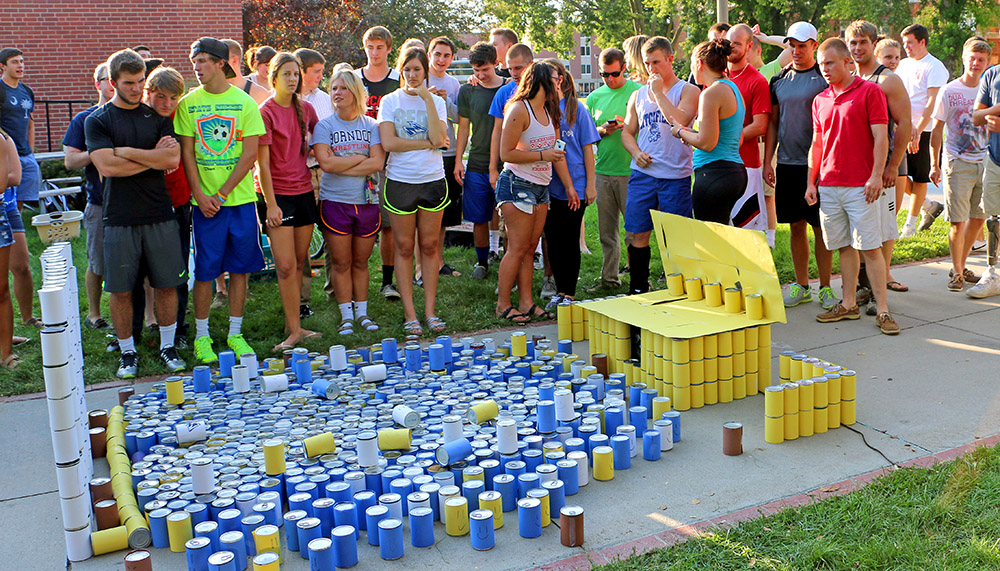 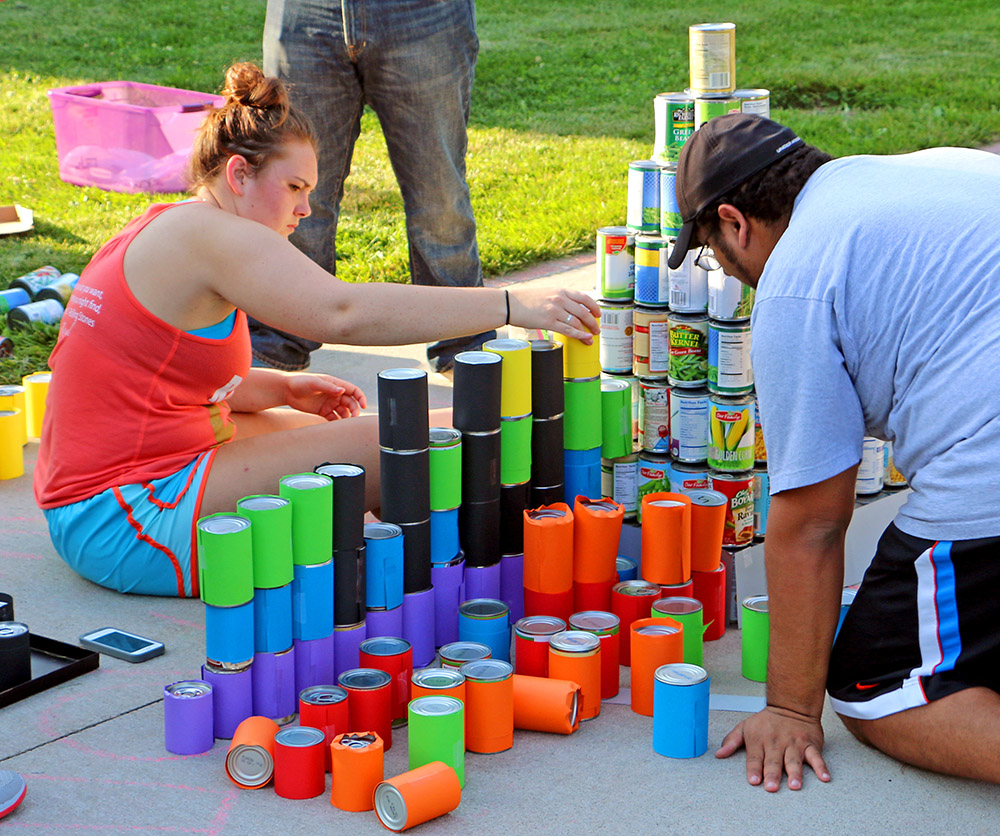 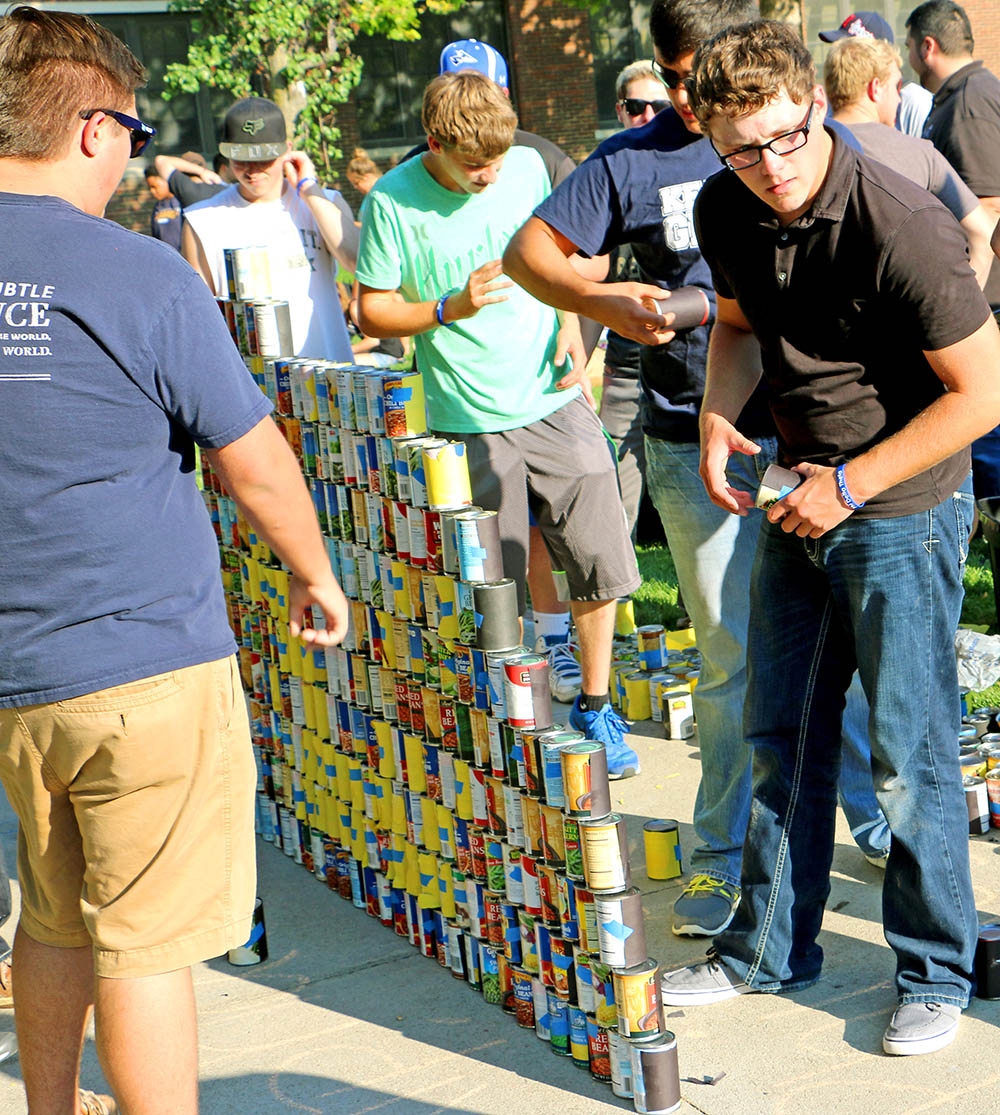