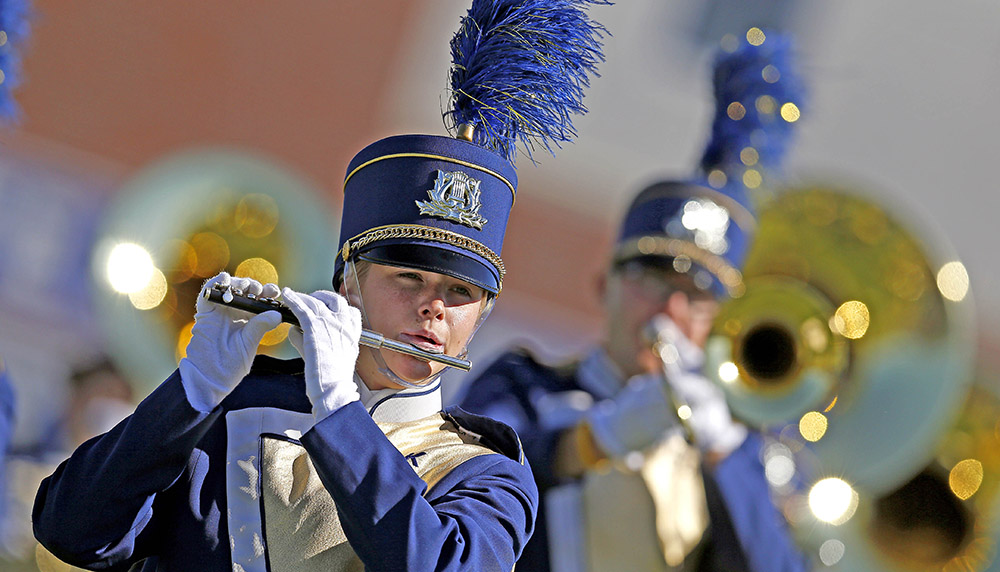 KEARNEY – Another surprise gift of more than million to the University of Nebraska at Kearney has the Department of Music and Performing Arts singing praises for an anonymous benefactor who has now given nearly million to elevate the university’s music programs.

“This extremely generous investment in UNK’s music education programs and community engagement will touch the lives of not only our students and graduates, but of everyone who appreciates the arts,” said UNK Chancellor Doug Kristensen.

This is how the latest gift made to the University of Nebraska Foundation benefits UNK:

— $250,000 will create a permanent endowment named the Gerald Feese Professorship of Violin that will provide an annual stipend to an outstanding faculty member in support of scholarly research and creative activities. The professorship is named in memory of Dr. Gerald Feese, a beloved member of the Kearney music community who served at UNK and as director of the Kearney Area Symphony Orchestra for 24 years. Upon retiring in 1986, he continued to share his expertise with the orchestra as concert master and guest conductor.

— $75,000 will go to the UNK Music Guest Artists and Clinicians Support Fund to help the department with expenses associated with hosting professional guest music artists and clinicians on campus to interact with students, faculty and community musicians.

Valerie Cisler, professor of music, said the overall impact of the benefactor’s contributions to the Department of Music and Performing Arts has been overwhelming and transformative.

“We feel fortunate to have garnered the respect and support of this generous individual who understands that a high quality university music program ultimately extends its benefits far beyond the campus, toward the cultural enrichment of the entire community,” Cisler said. “We are deeply grateful to our benefactor, whose generous gifts now total nearly $6 million over the past four years.  This support will most certainly have a profound and lasting impact on the quality of our music academic programs and artistic performances and on our ability to recruit and retain excellent faculty and students.”

These gifts to the music department also support the University of Nebraska’s current fundraising initiative, Campaign for Nebraska: Unlimited Possibilities, which has surpassed the goal to raise $50 million for UNK. The campaign concludes Dec. 31 and has increased support for student scholarships and academic programs.

The University of Nebraska Foundation is an independent, nonprofit organization raising private gifts to support the University of Nebraska for more than 77 years. In 2013, donors provided the university with $236.7 million for scholarships, medical and other research, academic programs, faculty support and facilities. The foundation’s comprehensive fundraising campaign, the Campaign for Nebraska, concludes in 2014. For more information, visit campaignfornebraska.org.