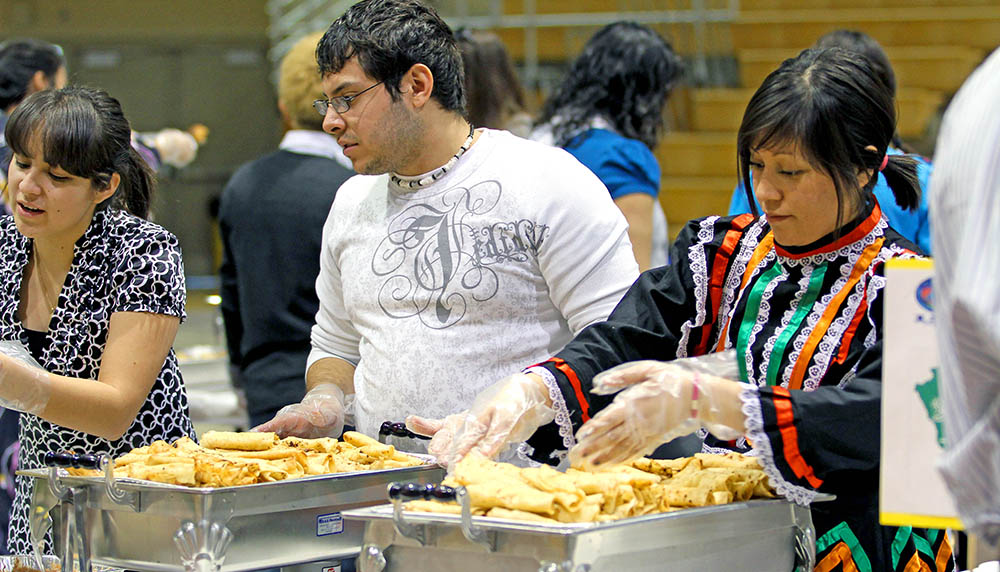 KEARNEY – International students at the University of Nebraska at Kearney will spend up to 15 hours preparing and cooking traditional dishes from their home countries for the annual Scott D. Morris International Food and Cultural Festival.

The event, which is free and open to the public, is from 4 to 7 p.m. Sunday (March 9) in the Health and Sports Center. 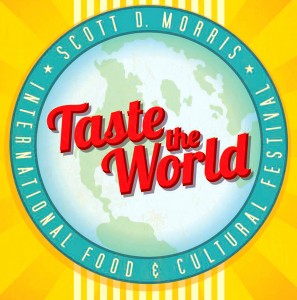 “International students here are really appreciative that people are so friendly,” said Xiaojun “Summer” Liu, a senior geography, chemistry and physics major from China. “This is our way of giving back.”

Students representing 10 countries, including China, Brazil, Colombia, South Korea, Japan, Mexico, Turkey and Nepal, will participate in the event. There will be three dishes represented from each country.

Among the dishes being served are bulgogi and japchae from South Korea; momo, gravy and pork chili from Nepal; puff puff and ginger juice from Africa; bistek and del arroz de coco from Columbia; escondidinho from Brazil; and Chinese cabbage with chicken from China.

Students will begin preparing their meals – using the UNK Dining Services kitchen and homes of students – days before the festival.

Students make large batches of each dish – enough to feed the nearly 4,000 people that attend the festival.

“People here don’t always have access to see people from other countries,” said Liu, president of the International Student Association. “Here, they have the opportunity to try three dishes from each country. That’s 30 dishes from 10 countries. That’s meaningful.”

The festival will also feature eight performances by students from five countries. Booths featuring henna tattoos, origami and other activities will be available at the event.

“We really want people to enjoy the event. The students use their free time. They don’t get paid, they use their study time because they want to represent their country,” Liu added.

The event is sponsored by Scott Morris of Morris Press in Kearney, and complimentary cookbooks featuring over 150 international dishes will be available.

The event is organized by the International Student Association.