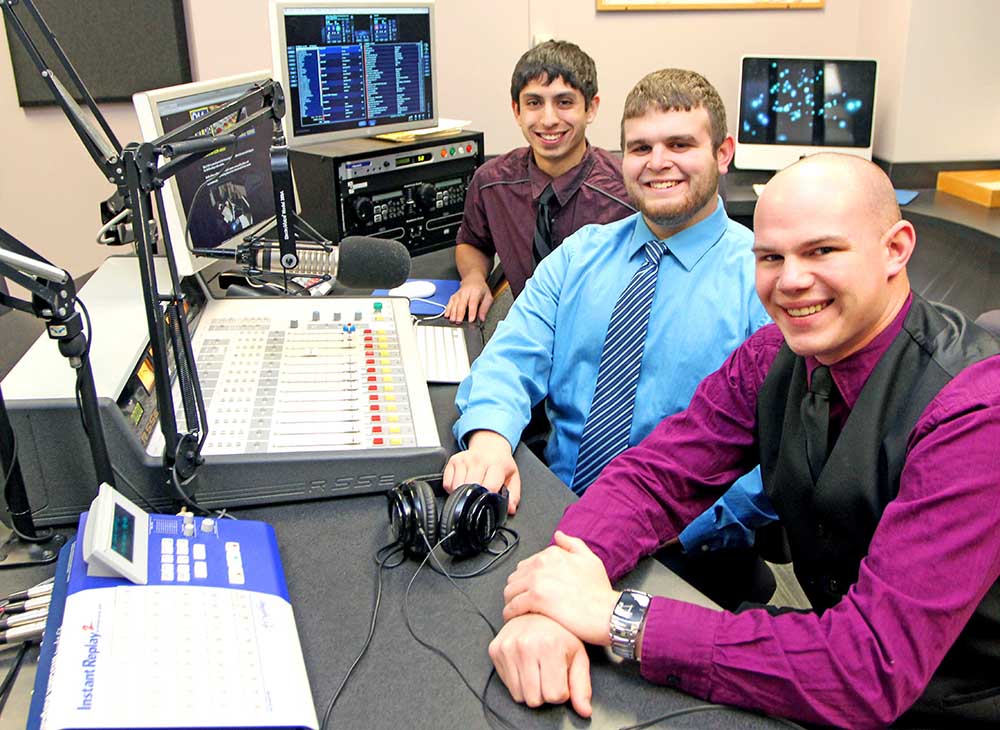 Competing against campus radio stations from across the country, UNK earned nominations in sports play-by-play and talk show categories.

Dolan is a broadcasting/marketing and management major from Minden, Cavalli is a journalism major from Lodgepole, and Nelson is a sports administration/broadcasting major from Columbus.

“It is very exciting to be a Division II school and see ourselves recognized with Marshall, Oregon State and others known nationally for their sports coverage” said Elle Scholwin, KLPR general manager and senior communications lecturer at UNK. “This proves that we have a high level of talent here.”

KLPR’s broadcast team of Dolan, John McDermott and Patrick Harris also are among five finalists in the Best Talk Program category for their show “The Solomon Grundy Double Power Hour.”

McDermott is a senior elementary education/early childhood major from Merna, and Harris is a business administration major from Cypress, Calif.

Other nominees in the category include: University of Tennessee-Martin, North Central College, Kingsborough Community College and Asbury University.

“These guys have so much passion, drive and natural ability,” Scholwin said of the KLPR student staffers. “They enjoy what they’re doing, and they are having fun. Our (station’s) small size gives them a forum to jump in and experience a lot of different things. They see the importance of getting those experiences if they want to get a broadcast job some day.”

Scholwin noted that this is the first year UNK entered the IBS contest.

Winners will be announced March 7-9 at the IBS annual conference and awards show in New York City.