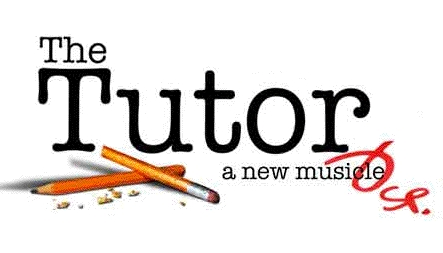 Show opener to get visit from composer

KEARNEY – Opening night of the University of Nebraska at Kearney Studio Theatre’s musical “The Tutor” will be filled with added excitement and nerves.

The composer of “The Tutor,” Andrew Gerle, will be in Kearney for final dress rehearsals and opening night of the show.

“The Tutor is a smart, fresh, whimsical musical with a lot of heart,” said Anne Foradori, professor of music and director of the musical. “Although the characters have different stories, they are woven together by the common thread of purpose – following their individual paths to discover who they are. This theme of making a personal journey to self-discovery is one that resonates with the audience.”

Gerle, a composer and pianist, won three Richard Rodgers Awards for “The Tutor” along with playwright, novelist, screenwriter and lyricist Maryrose Wood, who wrote “The Tutor.” Gerle is on the faculty of Yale University, where he teaches musical theater performance and songwriting.

The original musical comedy is about love, family, art and what it really takes to get into Princeton. 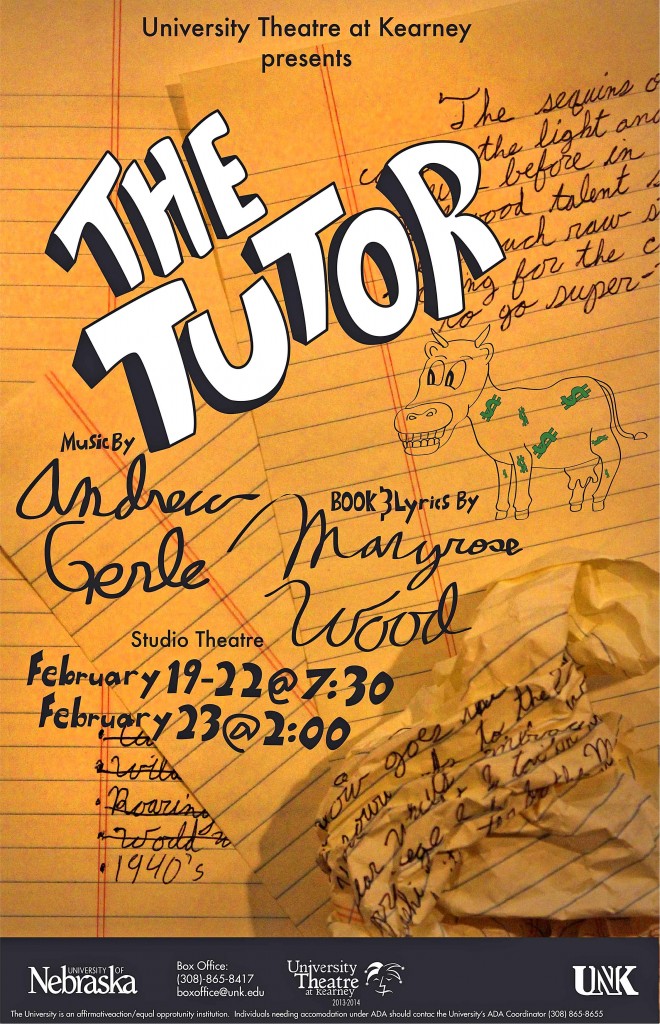 Edmund, a tormented young novelist, makes his living tutoring rich kids with bad grades and anxious parents. His newest client, Sweetie Finley, is a tougher nut to crack than most, but when the pierced-nose teen with a snarky attitude becomes Edmund’s creative muse, his life and his novel take a very unexpected turn.

“For me, the exciting part of directing a new work is the collaboration with colleagues and students. With a new show, the possibilities of ‘what ifs’ in design and concept are wide open,” Foradori said. “The new script and score don’t have the burden or expectations of a long tradition of productions.

“This show, in particular, was conceived by its authors in a cinematic fashion, with one scene flowing into the next, and concurrent scenes in multiple settings,” added Foradori. “The challenges of designing and staging such a script meant that we had to be flexible and broaden our approach to creating ‘real’ and ‘imagined’ worlds.”

A special reception will follow the opening night performance on Wednesday to allow audience members to meet and greet Gerle. The reception is open to all attending the performance that night.

“A large part of the pleasure of producing a new work comes from the interaction with the creative team – composer Andrew Gerle and lyricist and librettist Maryrose Wood,” Foradori added. “They have been very generous with their times and invested in our production. We are looking forward to Mr. Gerle’s visit next week for the dress rehearsals and opening night, and his workshops with UNK students.”

For tickets, contact the Theatre Box Office at 308-865-8417 or boxoffice@unk.edu. Tickets are $8 for adults; $6 for non-UNK students, seniors and UNK Faculty/Staff; $5 for groups of 10 or more; and free for UNK students with a valid ID.

Andrew Gerle Bio
Composer, playwright and pianist Andrew Gerle won the 2012 Kleban Award for outstanding librettist for his show GLORYANA, which also won a 2011 Richard Rodgers Award. He has also won three other Rodgers Awards for THE TUTOR (book and lyrics by Maryrose Wood). With lyricist Eddie Sugarman, he won a Jonathan Larson Award for their show, MEET JOHN DOE (cast album on Broadway Records), and he received the first Burton Lane Fellowship for Young Composers from the Theater Songwriters’ Hall of Fame. His play RENOVATIONS was premiered in 2011 at the White Plains (NY) Performing Arts Center. Recent projects include an adaptation of The Tempest with legendary lyricist Tom Jones (The Fantasticks) and a score for Barrington Stage Company’s production of Much Ado About Nothing.
Andrew has been a Fellow at the MacDowell Artists’ Colony and a writer-in-residence at the Sundance Theater Institute at Ucross, the Rhinebeck Writers’ Retreat, and the Eugene O’Neill Musical Theatre Conference. As a musical director, he has worked on dozens of Off-Broadway, regional and touring productions, and was heard as the “hands” of Coalhouse Walker, Jr., in the recent Tony Award-winning revival of Ragtime. He has served as musical director and accompanist for such distinguished artists as Kitty Carlisle Hart, John Raitt, Jennifer Holliday, Shirley Jones, Brian Stokes Mitchell, Leslie Uggams and Liz Callaway. A CD of his jazz arrangements of the songs of Maltby & Shire with vocalist Christa Justus was released in 2010 under the PS Classics Label. He is the author of The Enraged Accompanist’s Guide to the Perfect Audition, which is becoming the go-to reference for professional and aspiring musical theater actors alike. He is on the faculty of Yale University, where he teaches musical theater performance and songwriting. Please visit www.AndrewGerle.com.