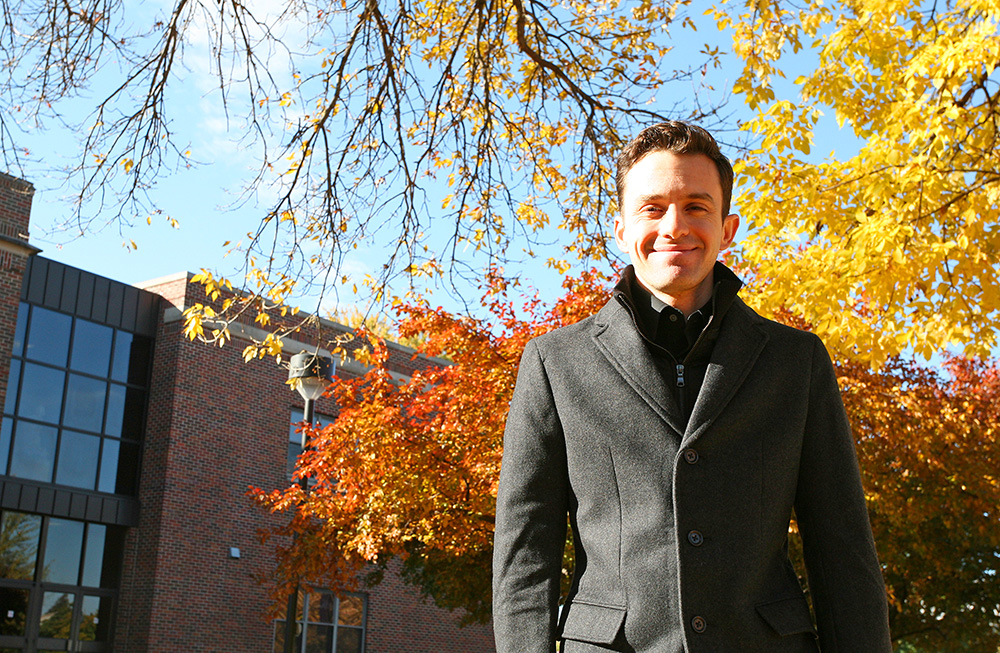 KEARNEY – Robert Fernandez is making himself at home at the University of Nebraska at Kearney.

As the new Reynolds Chairperson in the English department at UNK, Fernandez will spend the next five years enhancing his writing, improving his teaching and becoming part of the community.

Although Fernandez grew up on the east coast, he finds the pace of life in Kearney more suitable for him.

“Before I came to Nebraska, I didn’t know much about it other than it had more of a frontier or western ethos,” Fernandez said. “I found the search committee and the school quite charming. I have a lot of talented students, and the department has treated me really well. I’ve really been enjoying Kearney.”

“There are four places for a young writer to be in the United States right now, and one of them is the Iowa Writers Workshop,” Fernandez said. “I was very fortunate to spend that much time in that place.”

According to Sam Umland, chairperson of the English department at UNK, the Reynolds Chair is a five-year renewable contract endowed unto the university by Paul and Clarice Reynolds. It is intended to draw a poet to Kearney for a professorship and give a poet a lighter load than a professor normally has so that he or she can focus on writing.

“Most first-year professorships give you a year off, but then plunge you into research, service or committee work,” Fernandez said. “With the lighter load for five years, I see this position as a way to develop my writing, improve my teaching and become part of a community.”

“My plan for the Reynolds Series is to have no more than two writers a semester come in to the community as opposed to recent years when many came in,” Fernandez said. “Part of the reason I’m doing this is to make sure the students have as much time as possible with the writers.”

In addition to the writers attending classes and giving students the opportunity to ask questions and have a firsthand reading of poems, the writers do readings for the community. The first Reynolds Reading Series on Oct. 7 featured award-winning poets Robyn Schiff and Nick Twemlow.

“We had an amazing turnout,” Fernandez said. “Schiff and Twemlow read their work to more than 70 attendees at the Walker Art Gallery.”