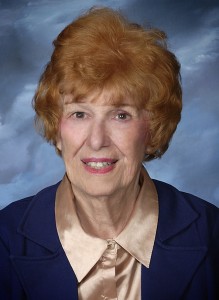 “This is the largest single gift in the history of the University of Nebraska at Kearney, and we are truly grateful for the generosity of the Copes,” said UNK Chancellor Doug Kristensen. “This gift will forever change this institution.”

“This gift is a blend of generosity and vision that will significantly impact students for decades to come,” Kristensen said.

Carol Cope’s legacy will be celebrated Sept. 5 at UNK’s Carol Cope Day, the Lopers’ football season opener against visiting Washburn University. The game starts at 6 p.m. at Ron and Carol Cope Stadium. The gift will be recognized during halftime of the game.

Carol Cope was involved in numerous organizations and foundations at local and state levels. She died on her 103rd birthday on Sept. 13, 2012.

Here’s the breakdown of how the Cope estate directed the gift to support the university: 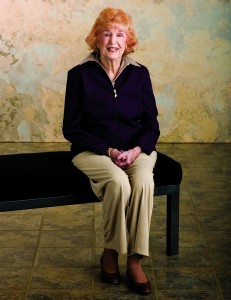 Hastings said the Cope gift helps meet goals of Campaign for Nebraska, a comprehensive fundraising initiative with priorities that include increasing permanent support for students and faculty.

When asked in 2006 to share her thoughts on giving, Cope told the University of Nebraska Foundation she enjoys giving to projects that are “going to do the most good.”

“Projects that will help the most people and that have the support of other people,” she said. “Philanthropy should be good and vibrant. It should be a social responsibility for those people who can afford to help others. And, if it is done in the right spirit, it should satisfy the giver as much as it does the recipient.”

Ron and Carol Cope provided support to the University of Nebraska for more than 50 years. Their many contributions include support for construction of the Ron and Carol Cope Nebraska Safety Center at UNK and an endowment to provide it annual support. They also established an endowment for the UNK Alumni Association for support of alumni programs and established student scholarship funds, including ones that annually benefit music students at UNK and UNL. They were longtime supporters of UNK’s athletics programs and provided major support for renovation and expansion of Cope Stadium in 2005.

Carol Cope earned a bachelor’s degree from the University of Nebraska. She taught music in North Platte and Lincoln before moving to California where she was a professional accompanist while completing a master’s degree from UCLA.

The Copes operated Claussens Shoes and Famous Shoe Stores for 30 years. They made most of their fortune by investing in farmland and early Berkshire-Hathaway stock. Ron Cope was elected to the Nebraska Legislature in 1974. He died Jan. 12, 1992.

The Kearney community will also celebrate the legacy of the Copes on Sept. 13-14. The “Walk in the Copes’ Shoes” event coincides with Carol Cope’s birthday by offering an opportunity for communitywide giving and service in celebration and memory of the Copes’ generosity.

About the University of Nebraska Foundation

The University of Nebraska Foundation is an independent, nonprofit organization raising private gifts to support the University of Nebraska for more than 75 years. In 2012, donors provided the university with $165 million for scholarships, medical and other research, academic programs, faculty and buildings. All foundation funds are donor designated. The foundation’s current comprehensive fundraising campaign, the Campaign for Nebraska, concludes in 2014. For more information, visit campaignfornebraska.org.