KEARNEY – University of Nebraska at Kearney music professor David Nabb has been awarded the Ars Electronica Award by the One-Handed Musical Instrument Trust.

The One-Handed Musical Instrument Trust competition challenges technologists, inventors, instrument makers and others to build one-handed instruments that can emulate any instrument used in the classical orchestra. The award is the world’s most prestigious prize for creative technology.

Nabb, a woodwinds professor at UNK, won the Ars Electronica Award in the playable category. Judging took place in London at the Associated Board of the Royal Schools of Music.

After suffering a stroke in 2000, Nabb collaborated with Jeff Stelling of Stelling Brass and Winds to develop a saxophone that can be played with the right hand only. A 1993 UNK graduate with a degree in music business, Stelling designed, engineered and manufactured the toggle-key saxophone.

According to Nabb, 52 million Americans are living with disabilities. Of those, it is estimated that between eight and 10 million are disabled in one hand or one arm.

Nabb has performed professionally on all of the woodwind instruments across the United States and Europe, in the Middle East and in Asia.

He has demonstrated the toggle-key saxophone at World Saxophone Congresses in Minneapolis, Slovenia and Thailand, and at other meetings such as the International Saxophone Symposium, the annual American Music Therapy Association Conference and the Biennial Conference of the North American Saxophone Alliance.

Nab will receive the award, which he shares with Stelling, at a ceremony in Linz, Austria Sept. 6.

“It means a great deal to both Jeff Stelling and myself. We have both invested a lot in this project because we believe it is critically important to many people,” Nabb said.  “It’s exciting to see other people who share our interest and appreciate our work.  It’s extremely gratifying to know that what we are working on can be viewed as part of a larger international movement to enable more individuals to make music.”

The One-Handed Musical Instrument Trust works to create new instruments that allow anyone – at school, home or in a professional ensemble – to participate in music.

For more information on the One-Handed Musical Instrument Trust, go to www.ohmi.org.uk. 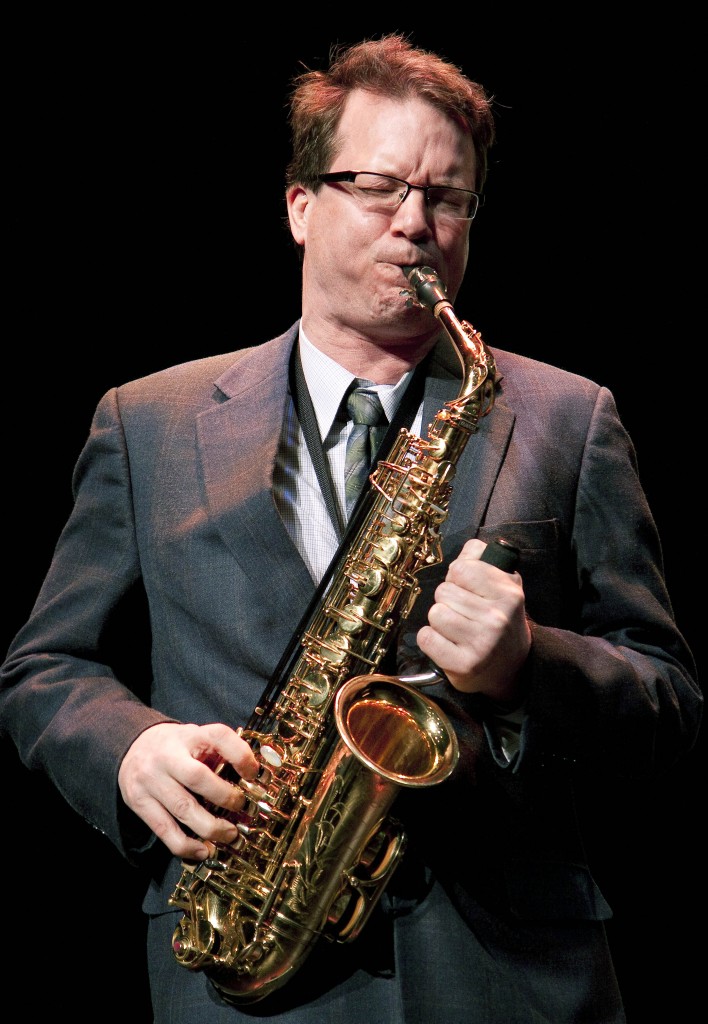 After suffering a stroke in 2000, David Nabb collaborated with Jeff Stelling of Stelling Brass and Winds to develop a saxophone that can be played with the right hand only.