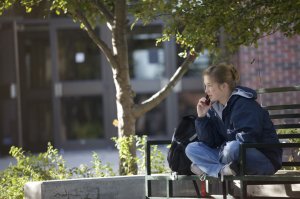 Science Café presentation set for 5 p.m. Monday, Jan. 25, on the University
of Nebraska at Kearney campus.

David Crouse, Ph.D., who is a professor of genetics, cell biology and
anatomy at the University of Nebraska Medical Center, will be the
presenter. His presentation, which is free and open to the public, will be
in Room 142 of Copeland Hall.

In his presentation, Dr. Crouse will explain the history behind stem cell
research, as well as explain the difference between embryonic and adult
stem cells, their function and potential.

Dr. Crouse, who has often served as a spokesman on this sometimes
controversial topic, is also the UNMC associate vice chancellor for
Academic Affairs and executive associate dean for graduate studies. His
presentation is being cosponsored by the UNK American Democracy Project.

According to Dr. Crouse, embryonic stem cell research has shown promise in
the treatment of many diseases including diabetes, Parkinson’s disease and
several other devastating conditions. The practice also has come under fire
from opponents who claim it destroys embryos, and thus life.

“There’s enormous hope that embryonic stem cells can be used in the future
to treat many terrible diseases. Studies in animal models have shown pretty
remarkable properties for embryonic stem cells in terms of potential
therapeutic use,” Dr. Crouse said. “We’re very early in the process of
understanding these cells and knowing how they may be used most
effectively. There may also be new potential therapeutic uses for adult
stem cells. There is still much to learn.”

The change in federal policy complements current state laws and Board of
Regents policy regarding embryonic stem cell research.  As such, UNMC
scientists now have access to submit competitive proposals to use the new
federally approved stem cell lines.

The source of embryonic stem cells, which were first isolated in 1998, is
human eggs that have been fertilized in a laboratory for in vitro
reproductive procedures. Unused embryos often are discarded, or donated for
research with informed consent. Embryonic stem cells, in the
pre-implantation embryos, are the foundation for cells for organs and
tissues. They program themselves and can develop to perform any number of
specialized tasks, and because of this may have potential therapeutic
value.

Adult stem cells are found in tissues that have already developed. The
primary roles of adult stem cells in a living organism are to maintain and
repair the tissue in which they are found. Blood stem cells now are
routinely used as replacements for bone marrow and stem cell transplants to
successfully treat such cancers as leukemia and lymphoma. Scientists have
worked with adult stem cells for the past 40 years to achieve this level of
understanding and application, Dr. Crouse said.