You are here: Home / Archives for She Kills Monsters 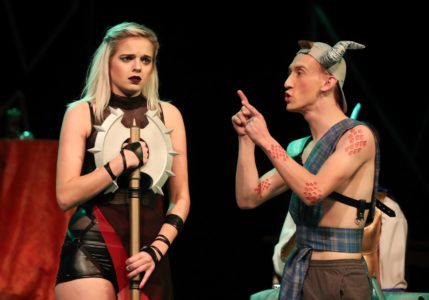 KEARNEY – The University Theatre at Kearney presents “She Kills Monsters” Wednesday through Sunday at the University of Nebraska at Kearney. The first show of the season at UNK, it is produced entirely by students and under the direction of senior Mary Joyce Storm of Curtis. A comedic romp into the world of fantasy role-playing games, “She Kills Monsters” tells the story of Agnes Evans, a young woman leaving her childhood home following the death of her teenage sister, … END_OF_DOCUMENT_TOKEN_TO_BE_REPLACED