You are here: Home / Archives for How I Became A Pirate

How I Became A Pirate 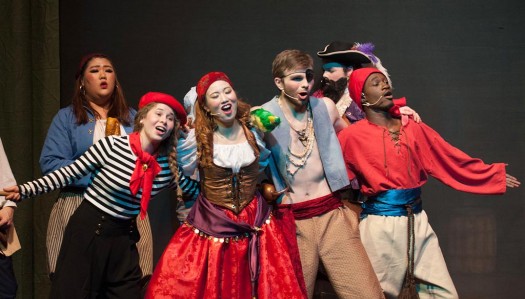 KEARNEY – University Theatre at Kearney presents “How I Became a Pirate” Wednesday through Sunday at the University of Nebraska at Kearney. The musical adventure tells the story of a band of pirates looking for the perfect place to bury their treasure. When: 7:30 p.m. Feb. 17, 18 and 20 and 2 p.m. Feb. 21 Where: Miriam Drake Theatre Synopsis: “How I Became a Pirate” is a musical adventure. A band of comical pirates lands at North Beach looking for an expert digger … END_OF_DOCUMENT_TOKEN_TO_BE_REPLACED