You are here: Home / Archives for Aaron Blackman 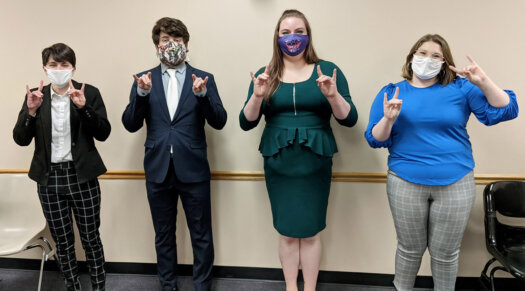 KEARNEY – Five members of the University of Nebraska at Kearney Forensics Team will compete in this year’s American Forensics Association National Speech Tournament. Darienne Blair of Valley, Jordan Delahunty of Ogallala, Avery Dutton of Lincoln, Dylan Hicks of Papillion and Justin Machard of Kearney qualified for the national event based on their performances in tournaments throughout the 2020-21 season. The UNK students will compete in the following areas: … END_OF_DOCUMENT_TOKEN_TO_BE_REPLACED