He knows a thing or two about rural, Midwest communities, but he also got a taste of big-city life while working in Columbus, Ohio, Chicago and Philadelphia.

When he applied for the library dean position at the University of Nebraska at Kearney earlier this year, Boyd wasn’t sure what to expect.

“Honestly, I was very on the fence about Kearney,” he said. “I’m from a small town, but I had not lived in one in a decade.”

It didn’t take long for the 39-year-old to recognize what he was missing.

“When I got here and I met the people on campus and the people in the community, that’s when I realized this would be a great opportunity and this is a community that I wanted to be a part of,” said Boyd, who interviewed in late March and was hired in May.

He started at UNK on Aug. 1, replacing longtime Dean of the Library Janet Wilke, who retired June 30 after 15 years in that position and 34 years total at Calvin T. Ryan Library. Boyd previously served as an assistant professor and director of library services at Trinity Lutheran Seminary in Columbus, Ohio, and director of the Lapp Learning Commons at Chicago Theological Seminary. Most recently, he was the library director and archivist for United Lutheran Seminary, where he managed libraries at the institution’s campuses in Philadelphia and Gettysburg, Pennsylvania.

The move to Nebraska brings Boyd closer to family and allows him to join a university that’s committed to serving students.

“The student population here is very diverse and the institution is doing a lot of work to make sure its practices are equitable and inclusive of the whole student population and the faculty and staff populations. Those are big things for me,” said Boyd, whose academic interests include religion, sexuality and gender studies. He holds a bachelor’s degree in youth and family ministry and master’s degrees in religion and library and information science.

Boyd already sees several strengths to build upon, starting with the library staff and faculty.

“We have an amazing group of faculty librarians and staff who are focused on the student and faculty experiences and supporting their work,” he said.

The Calvin T. Ryan collection is another strength, according to Boyd, who highlighted a partnership between libraries across the University of Nebraska System that provides expanded access to online resources for UNK students and faculty.

“The kind of resources that partnership brings us is rarely seen in an institution of our size,” he said.

One of Boyd’s first big projects is completing a strategic plan to ensure the library is meeting the needs of patrons across campus and the community while properly supporting its own employees. He also plans to ramp up promotion of the resources and services available there, including the Learning Commons, Writing Center, Peer Tutoring, digital repository and university archives and special collections.

“I want the library to be seen within the campus community and the broader regional community as a strong resource for assistance for whatever kind of research you’re doing,” Boyd said. 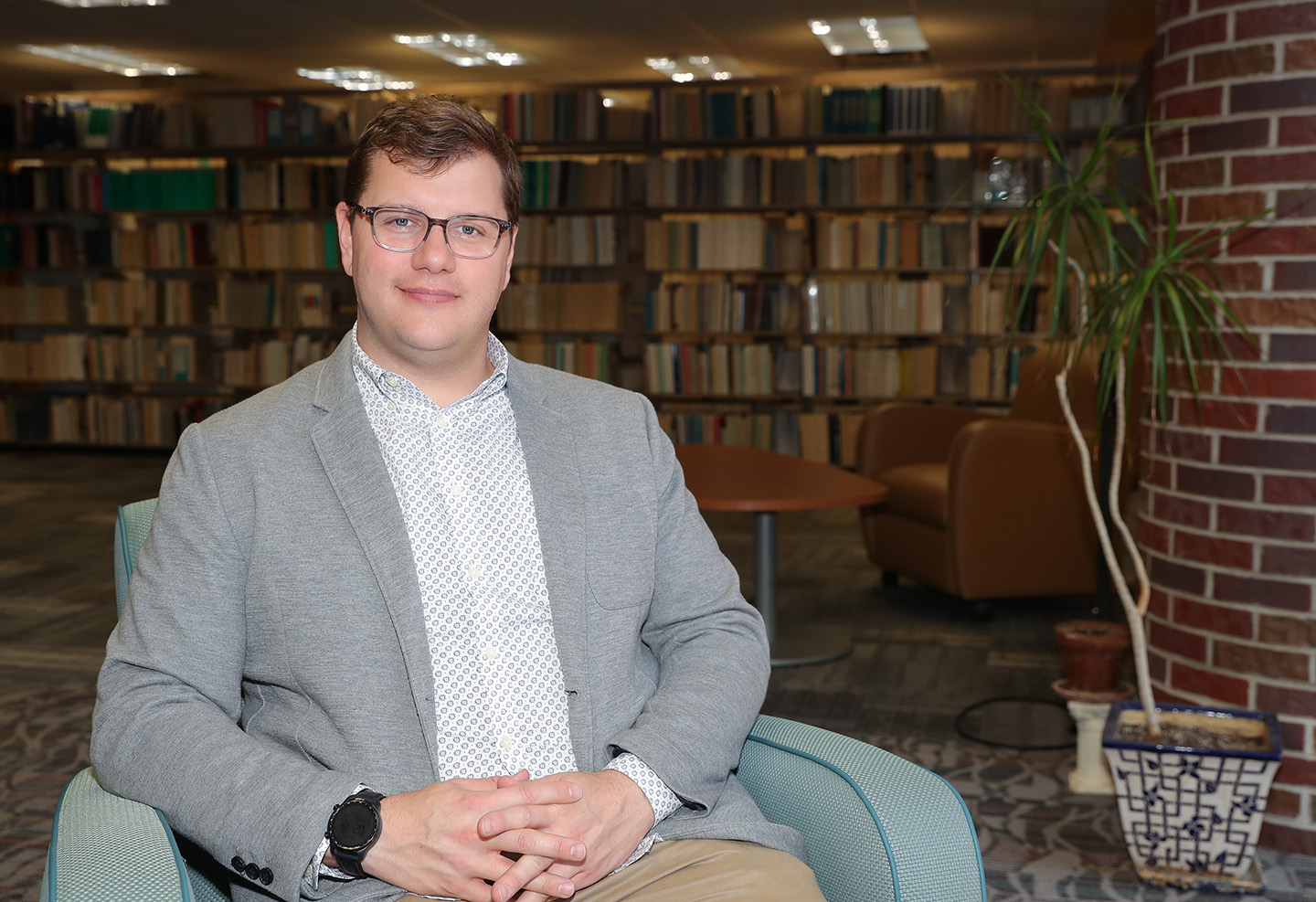 The second major project on the horizon is a $25 million renovation that will modernize the 59-year-old campus library.

Scheduled to begin in late 2022 or early 2023, this project includes a number of changes that will enhance the layout and look of the nearly 100,000-square-foot building, creating an inviting and engaging environment for students, staff, faculty and other visitors.

The most significant changes will occur on the main floor, with redesigned entrances that make the building more accessible and visually appealing, improved access to services and resources, more space for student lounges and individual and group study areas and new work stations that are better suited for a modern library. On the second floor, improvements will be made to the archives and special collections area, making it easier for people to work with these materials.

“There will be no more orange carpet in the building when we are done,” Boyd said with a smile.

The renovation is planned as a multiphase project, allowing library operations to continue during the work. It’s expected to be completed in summer 2024. The project is funded by bonds issued through LB384, a legislative bill that extended a state-university partnership addressing deferred maintenance needs across the NU System.

“Without a strong library, an institution of higher education would not be able to provide a quality education,” Boyd said. “The library is part of the supporting structure that allows students and faculty to produce quality work, think deeply and learn new things.”