KEARNEY – When Angie Wagoner started teaching at Crete High School in 2009, there were just five students in the advanced placement Spanish class.

This increase reflects a trend across Nebraska, where roughly 12% of residents speak a language other than English at home. As the state and nation continue to diversify, bilingualism and biliteracy become even more valuable.

“We have a lot of students in Crete and other pockets of Nebraska who grow up hearing and using Spanish often because their parents are from a Spanish-speaking country. But they also grow up in an area where English is the dominant language, so many times they lose the literacy ability, such as reading and writing,” Wagoner said.

For these students, studying Spanish is a way to refine their skills and reconnect with their family’s heritage while developing a stronger sense of identity.

For others, learning a second language allows them to meet more people, experience another culture and view the world in a new way.

Both groups benefit from a job market that places a premium on candidates who can communicate with customers, clients and co-workers in multiple languages. Being bilingual can boost an employee’s pay by up to 20%, according to some estimates, and the U.S. Bureau of Labor Statistics projects a 24% increase in the demand for interpreters and translators from 2020 to 2030.

“Whatever career they choose, it will benefit them in the long run,” Wagoner said.

The Crete teacher brought 27 of her students to the University of Nebraska at Kearney last week to participate in a program promoting biliteracy.

Since spring 2021, the UNK Department of Modern Languages has offered the opportunity for high schoolers to take language proficiency tests that can earn them the Nebraska Seal of Biliteracy. A collaboration between the Nebraska International Languages Association and Nebraska Department of Education, this award recognizes students who have achieved a high level of proficiency in English and at least one additional language. The seal is one way employers and postsecondary institutions can identify people with multilingual skills.

There are multiple ways to qualify for the Nebraska Seal of Biliteracy, but many students, particularly those attending rural schools, don’t have access to the necessary exams or advanced coursework. UNK purchased licenses from Avant Assessment, allowing students to test on campus at a reduced rate.

Assistant Spanish professor Janet Eckerson views the program as both an outreach effort and recruitment opportunity.

“We think students who have already invested significant time and energy into learning languages in high school and students who are heritage speakers of languages are great future language students for our department,” she said. “They’re invested in continuing to study and they’re the kind of student who might consider majoring or minoring in a language they’ve been studying.”

“The first-ever Nebraska Seal of Biliteracy in Somali Maxaa will be awarded this year to a student who tested here at UNK,” Eckerson noted.

In addition to Crete, high schoolers from Arlington, Columbus, Gibbon, Lexington, Lincoln and North Platte have taken the STAMP 4S exam at UNK this academic year. Students who earn the Nebraska Seal of Biliteracy receive advanced placement in UNK’s Modern Languages courses, saving them money and expediting their path to graduation.

“We’re proud to honor the effort and skills students bring to our department by awarding that credit, which gets them one step closer to a major or minor at UNK,” Eckerson said.

Students who come for the proficiency test are able to tour campus, attend a languages class, eat lunch in the dining hall and visit the Office of Student Diversity and Inclusion.

That aspect of the program is also important, according to Wagoner, who teaches many first-generation high school graduates.

“We have a lot of students from diverse backgrounds,” she said. “Bringing them to a campus where they see people who look like them is a big deal. They feel like they can belong.” 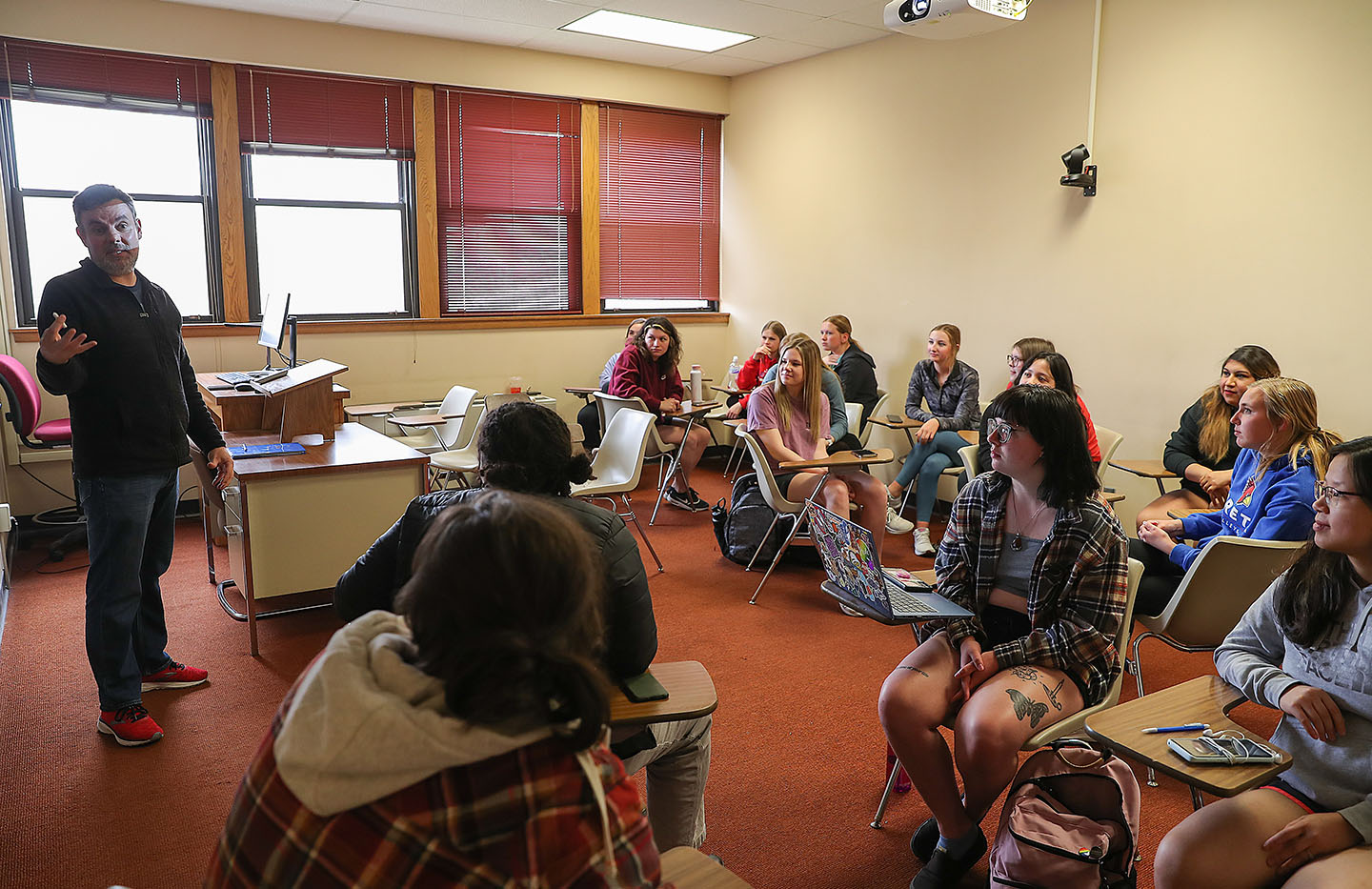