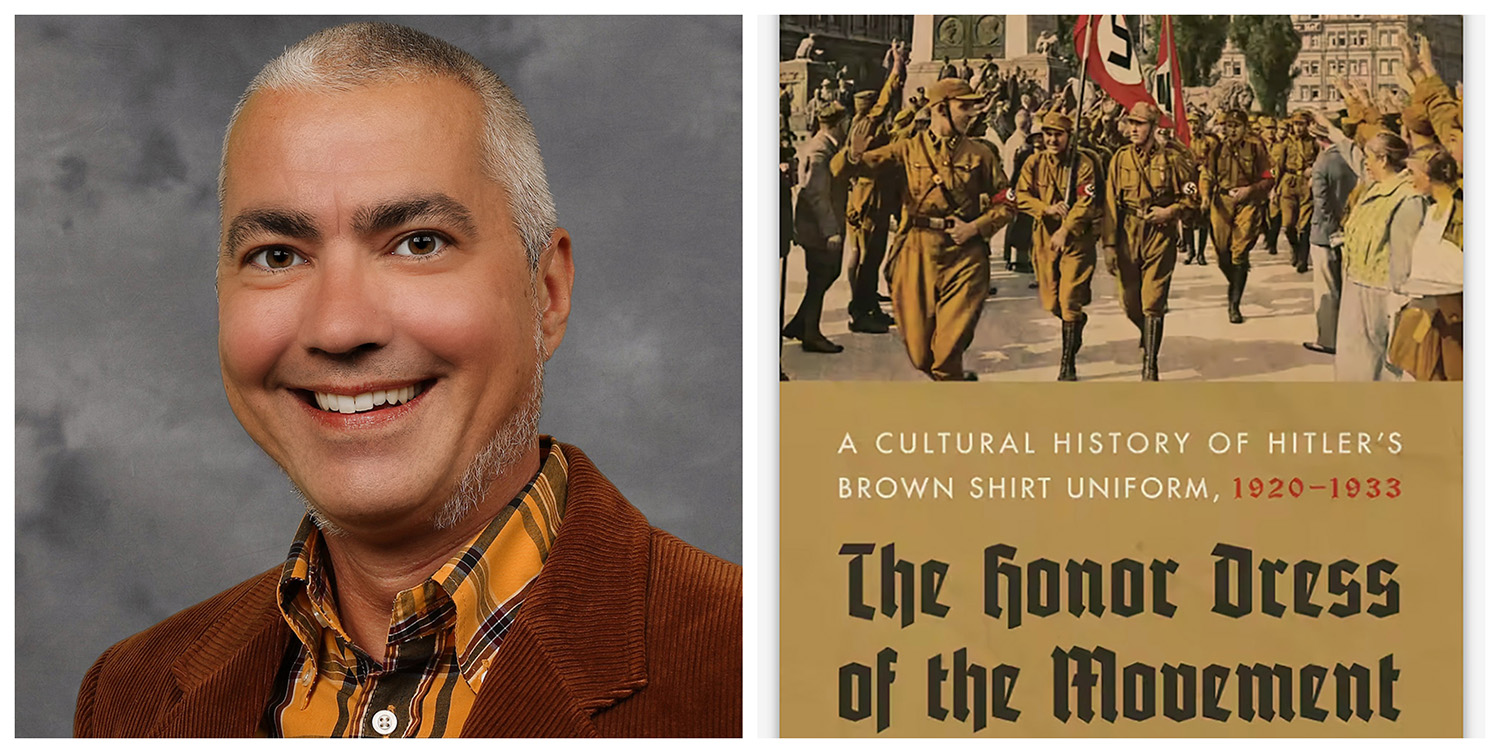 KEARNEY – University of Nebraska at Kearney faculty member Torsten Homberger will discuss his new book, “The Honor Dress of the Movement: A Cultural History of Hitler’s Brown Shirt Uniform, 1920-1933,” during an event 7 p.m. Feb. 23 at Kearney Public Library, 2020 First Ave. Admission is free.

In his book, published by the University of Massachusetts Press, Homberger contends that the brown-shirted Storm Trooper uniform was central to Hitler’s rise to power. By analyzing its design and marketing, he investigates how Nazi leaders used it to project a distinct political and military persona that was simultaneously violent and orderly, retrograde and modern – a dual image that proved popular with the German people and was key to the Nazis’ political success. Based on a wealth of sources that includes literature, films and newspapers of the era, Homberger exhibits how the Nazis shaped and used material culture to destroy democracy.

A native of former East Germany, Homberger earned bachelor’s and master’s degrees in history from UNK before receiving his doctorate in modern European history from Washington State University. He teaches a variety of courses on modern Europe while serving as an assistant professor in UNK’s Department of History.