KEARNEY – Don Wellensiek and Dave White were busy Tuesday methodically stacking mattresses inside a semitrailer parked near the Nebraskan Student Union at the University of Nebraska at Kearney.

It was time-consuming work for the UNK Facilities Management employees, but far better than the alternative of chucking the beds in a roll-off dumpster headed for the landfill.

The semitrailer they loaded ended up at Orphan Grain Train, a Norfolk-based nonprofit that sends clothing, medical supplies, food and other aid to needy people across the globe.

Wellensiek, the surplus inventory manager at UNK, called the donation a win-win.

UNK replaces the mattresses in each residence hall every nine to 10 years, which is standard for colleges and universities to ensure students living on campus have a cozy place to sleep. This summer, Antelope Hall, Nester Hall North and Nester Hall South were on the rotating list to receive new mattresses, with a total of 335 replaced.

Wellensiek, who runs the university’s surplus auction, said mattresses aren’t big sellers at the annual event and UNK doesn’t have the space to keep them in storage.

“They’re too good to go in the landfill,” Wellensiek said.

Instead of tossing the mattresses, which would have a negative environmental impact and cost UNK money for disposal fees, Wellensiek reaches out to charitable groups that are more than happy to accept the donations.

“It’s a good thing for UNK if we can help somebody out,” he said.

Orphan Grain Train received 225 mattresses, as well as some chairs, desks and other items UNK couldn’t sell or find a new home for within the university system. The nonprofit, which has delivered more than 22 million meals and approximately 3,200 supply shipments to people in 68 countries since 1992, sent two semitrailers to Kearney to pick up the donations.

“What the University of Nebraska at Kearney is doing for us is wonderful,” said Grant Schmidt, vice president of Orphan Grain Train. “We’re just thrilled about it. We thank the university for thinking of us and being willing to help others.”

Last year, the nonprofit sent more than $39 million in supplies to people across the globe, including more than 200 semitrailer loads to locations throughout the U.S. and another 100-plus shipments to 19 other countries.

“Our used products are like gold in other countries because they just don’t have the funding or the resources,” Schmidt said.

Orphan Grain Train is also involved in the ongoing recovery efforts in southern Texas and Puerto Rico, areas devastated last year by hurricanes, and is providing assistance to residents displaced by the Kilauea volcano eruption in Hawaii.

Schmidt said the UNK donations will be “put to good use.”

Locally, the university donated 85 mattresses to Crossroads Center Rescue Mission and 25 to the Salvation Army in Kearney.

Crossroads Center, which operates shelters in Kearney and Hastings that help homeless people get back on their feet, is always looking for new or gently used mattresses, according to Executive Director Jerry Bumgardner.

“If we had to go buy one every time we needed one, it would break us, so this is definitely a big deal,” he said of the UNK donation.

Most of Crossroad Center’s funding comes from individual donations, churches, fundraisers, grants and area businesses. The private corporation also operates a thrift store that supports the shelters, which served nearly 149,000 meals and more than 700 guests in 2017.

“To have a bed ready for somebody coming in, that’s huge,” said Bumgardner, who noted that guests moving out of the shelters and into their own housing are sometimes allowed to take mattresses with them.

“We’re just so grateful,” he said of UNK’s assistance. “We wouldn’t be able to do what we do if people didn’t give.”

The Salvation Army plans to sell some of the mattresses it received and make others available at no cost to low-income families and those impacted by disasters such as fires and floods. Proceeds from the thrift store, which sells items at affordable prices, support Salvation Army services, including utility and rent assistance and a food pantry.

Maj. Normalene Daniels, executive director of the Salvation Army in Kearney, said UNK’s contributions are a “wonderful asset” for the organization.

“We’re able to pass that blessing on to other families in our community,” she said. 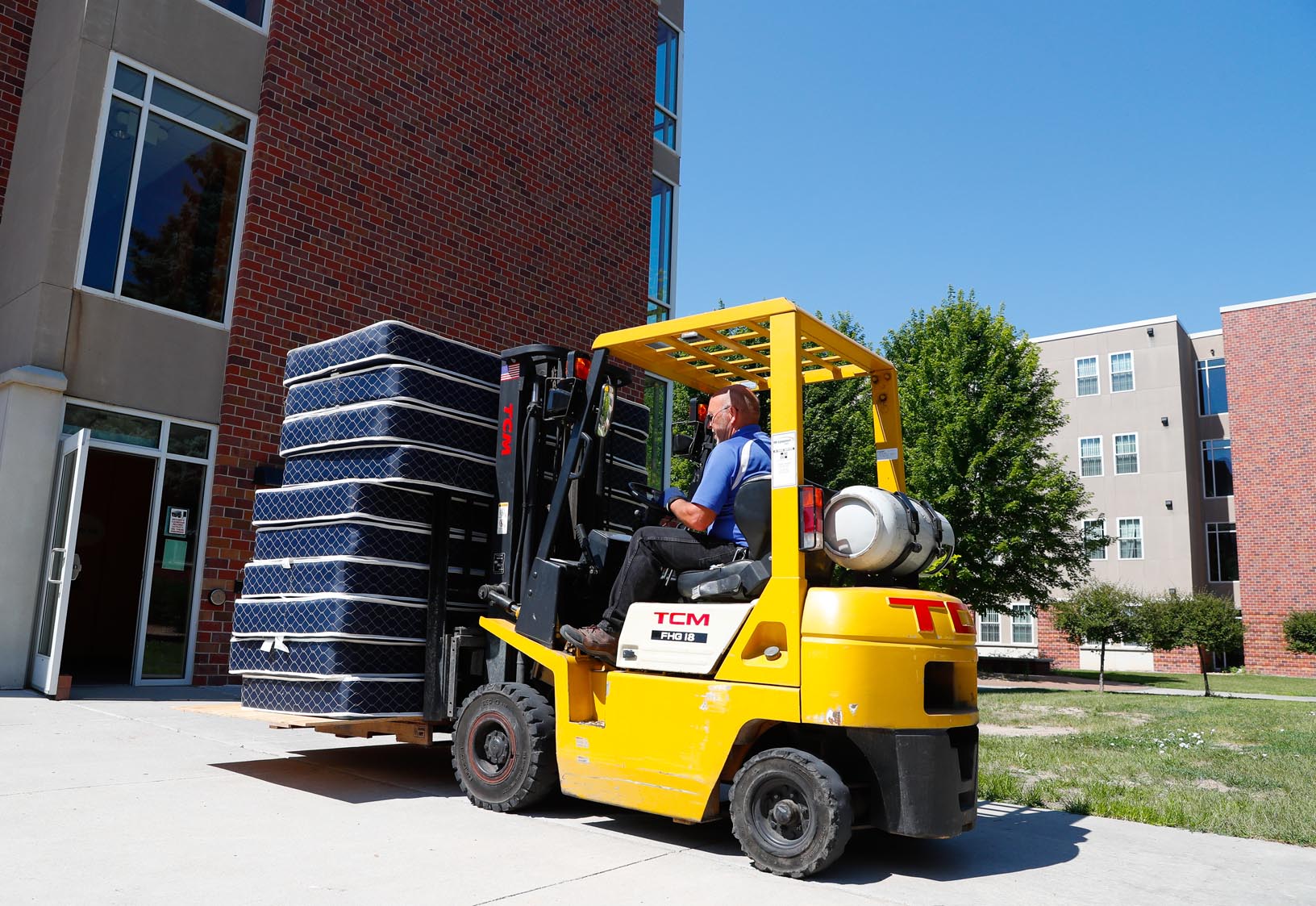 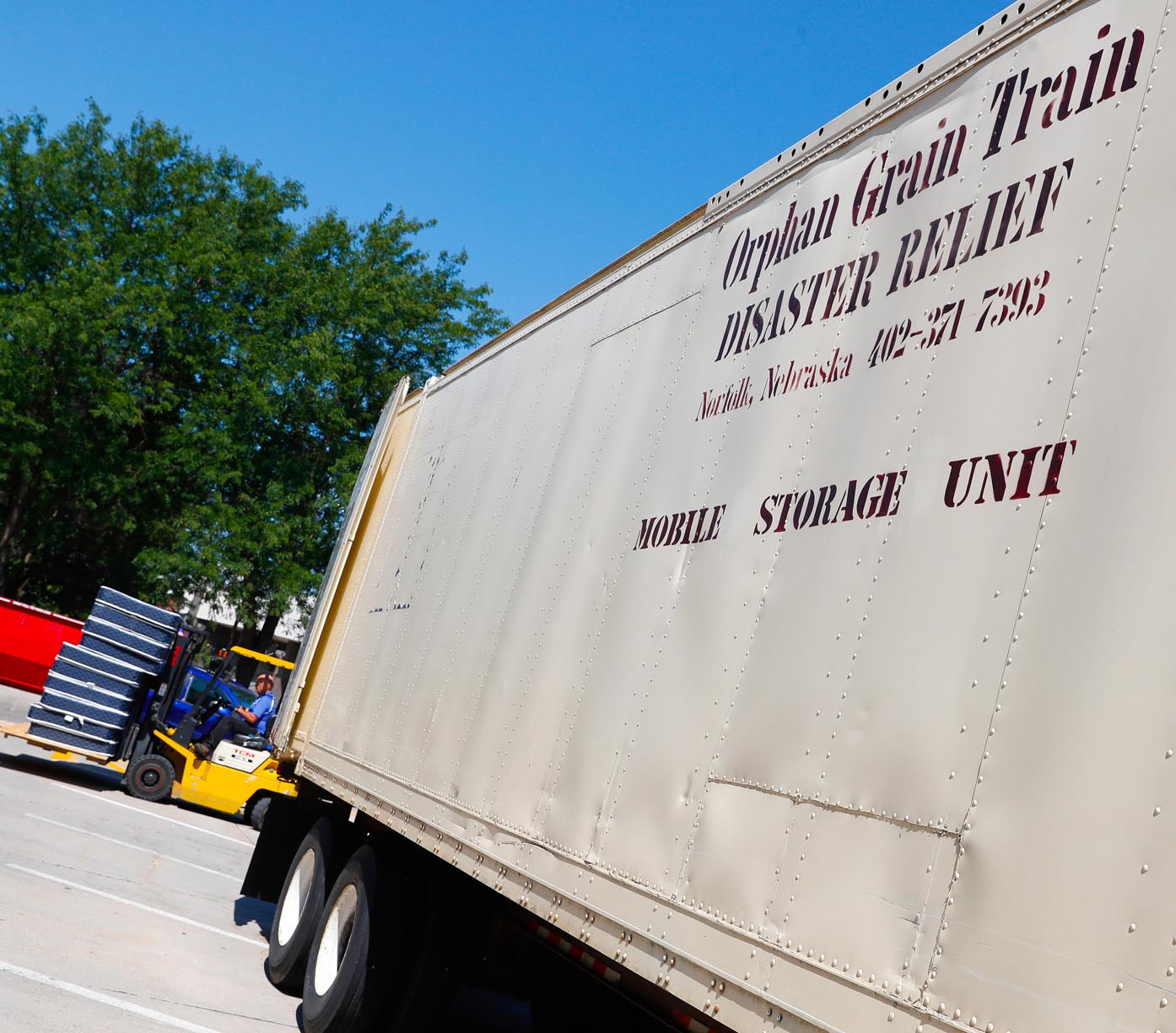 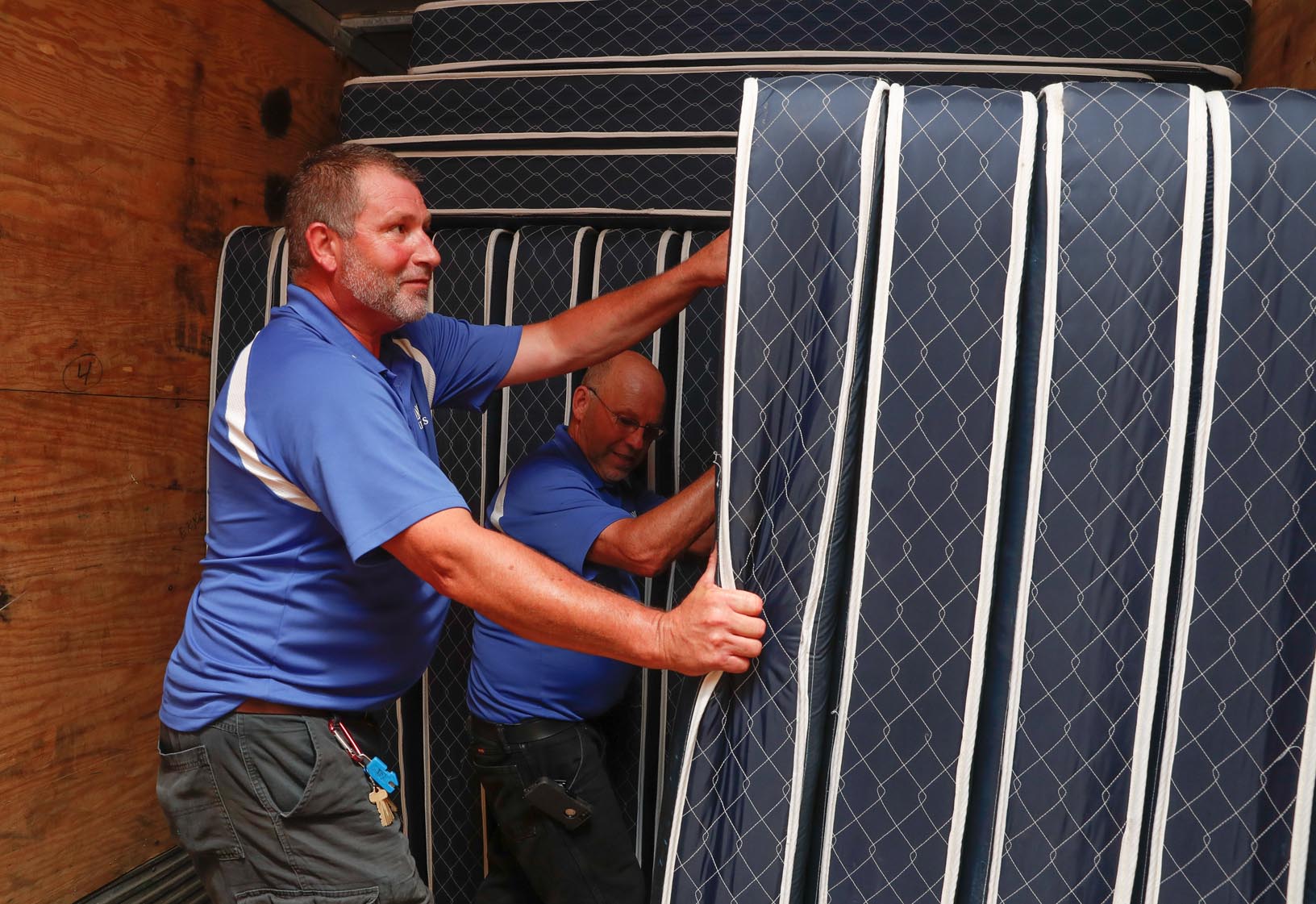 2 thoughts on “Mattresses from UNK are ‘blessing’ for Kearney, Norfolk groups helping people in need”