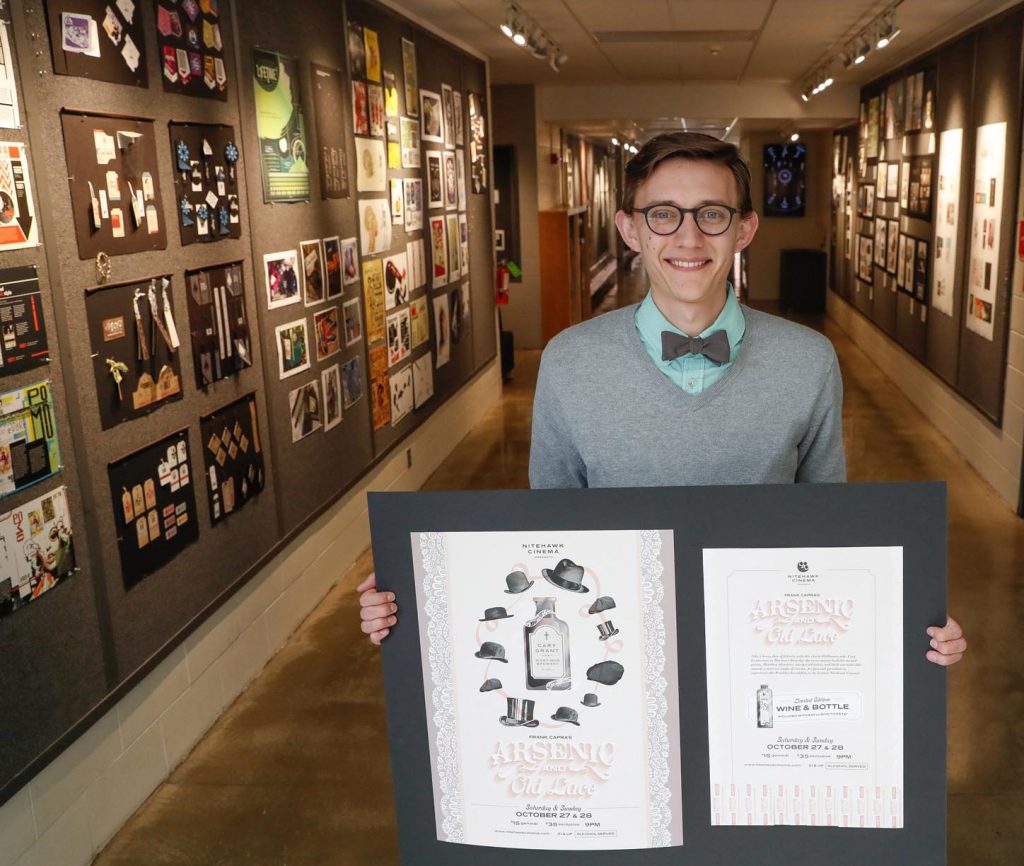 CHICAGO – The University of Nebraska at Kearney’s Jase Hueser competed against the top student-designers from across the country during the annual National Student Advertising Competition in Chicago.

Hueser, a visual communication and design major from Papillion, earned a silver ADDY award during the event sponsored by the American Advertising Federation. He was the only student winner from Nebraska and one of just three from the Midwest district.

Hueser, who is interning this summer with Daake, a national design company located in Omaha, competed in the consumer campaign category using a project from his typography II class at UNK.

The assignment was to create a cross-platform promotional campaign for a Halloween or horror movie. Hueser chose the 1944 film “Arsenic and Old Lace” starring Cary Grant. The dark comedy focuses on a man, recently married on Halloween, as he uncovers the truth about his insane family, including a pair of aunts who are secretly poisoning lonely bachelors with arsenic.

His promotional package included movie posters, a wine bottle and social media and online components that represent the absurdity of the film in a format that’s both 1940s and 21st century.

Hueser’s entry earned him best of show at the Nebraska ADDY awards in February. The UNK senior advanced through the district and semifinal rounds to reach the finals in Chicago.