KEARNEY — April 17, 2015 — The estate of the late B.M. “Doc” Stevenson, a longtime Kearney physician, civic leader and philanthropist, has bequeathed $2.75 million to the University of Nebraska at Kearney, much of the gift forever providing student scholarship aid.

“The university really helps make Kearney a great place to live,” said Stevenson in a 2012 interview with the University of Nebraska Foundation about his community philanthropy. “We wanted to help it, too. The focus of our support has always been academics.” 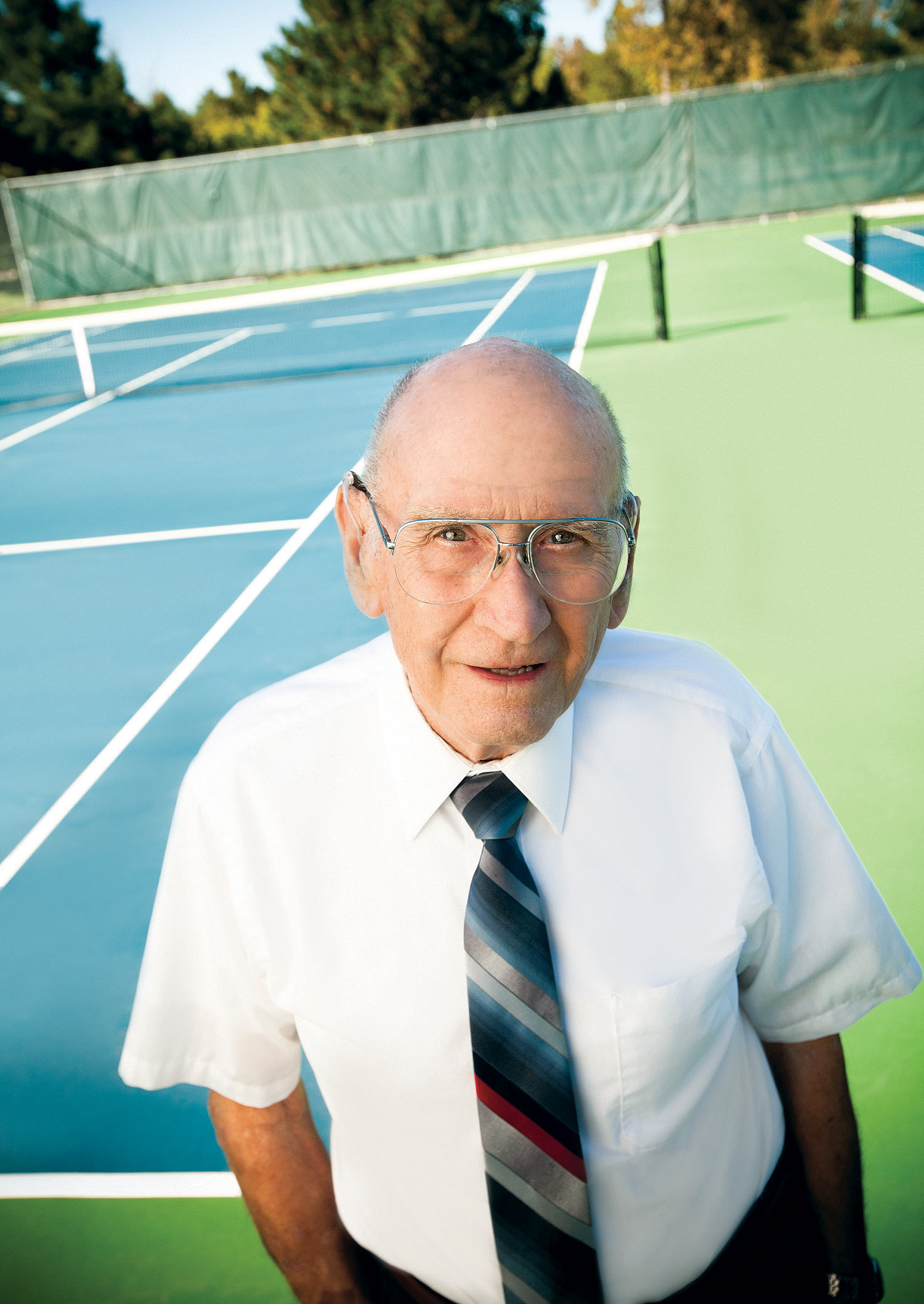 More than $1.1 million of the estate gift went to the B.M. Stevenson Family Endowment, a permanently endowed fund Stevenson created in 1993 at the University of Nebraska Foundation. The fund provides annual scholarships to first-year students studying any major on campus. The awards are determined by UNK’s financial aid office, and students are able to receive the scholarship for four years if they maintain academic requirements.

More than $580,000 of the gift went to the Dr. and Mrs. B.M. Stevenson Athletic Endowment Scholarship, first established by the Stevensons in 1990. The fund will forever provide annual scholarships for student athletes on the men’s and women’s tennis teams as well as scholarships for members of any other athletic teams.

Another $1 million of the estate gifts goes toward an earlier commitment the Stevensons made to support construction of Ron and Cope Stadium, which was finished in 2005.

Chancellor Doug Kristensen said the university “could not be more grateful.”

“There are few individuals who have invested as much time and treasure in UNK as did Dr. Stevenson,” Kristensen said. “The legacy he and Bev leave the university is profound, and their gifts will continue to benefit our campus and community for years to come. Because of their incredible generosity, the doors to the university have opened a little wider, allowing greater access and opportunity to more students. Loper athletics, especially Loper tennis, was a great source of pride for Doc Stevenson. His generosity will also benefit many student-athletes in the future.”

Athletic Director Paul Plinske said, “Legacy gifts, especially those from influential individuals like Doc Stevenson, are special to so many people. The impact this investment will have on our student-athletes will be felt forever, and we feel blessed to have had the Stevenson family as supporters for so many years. The Loper family stands in honor of Doc Stevenson.”

Stevenson died in Kearney on March 2, 2014, at age 87. While not a graduate of the University of Nebraska, he was a fixture on the sidelines at Loper football games for 30 years and was the volunteer team physician from 1960 until his retirement after the 1990 season. As the first team doctor, along with Kearney physician L.R. Smith, Stevenson rarely missed a UNK football game.

About his enjoyment of giving to UNK and other Kearney organizations, Stevenson had said, “I think giving is a way of showing your gratitude for having been successful enough that you can give. Not everybody can. I just feel fortunate that I’ve been in that position. You just hope it makes a difference in somebody’s life.”

In 1991, Stevenson was inducted into the UNK Athletic Hall of Fame for meritorious service. In 1992, he was given a Distinguished Service Award by UNK.

Doc Stevenson and his wife, Beverly, who died in 2010, moved to Kearney in 1960, where he practiced medicine at Kearney Clinic until retiring in 1991. They were honored for their support of the Kearney Family YMCA, Museum of Nebraska Art, Merryman Performing Arts Center and Kearney parks.

The son of a physician, Stevenson was born in Iowa and grew up in rural Minnesota. Following his service in the U.S. Navy during WWII, he attended Worthington Junior College and the University of Minnesota before graduating from the University of Iowa College of Medicine. He enjoyed hunting and fishing, was a pilot and an avid tennis player.