KEARNEY – The film “Cassanova Was A Woman” will be featured at UNK@TheWorld with a special appearance by the film’s producer, writer and actor Jezabel Montero and co-star Margo Singaliese.

The special screening of “Cassanova Was A Woman” begins at 7:30 p.m. Tuesday (March 3) as part of a collaboration between the University of Nebraska at Kearney and The World Theatre in Kearney. 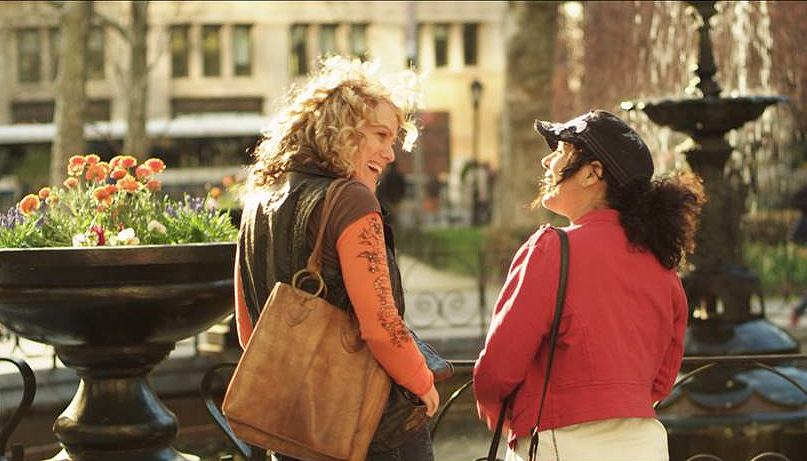 The female driven racy, romantic comedy tells the story of Cassanova Canto, a struggling Cuban-American actor who falls in love with a woman while still married to her husband.

English professor Susan Honeyman, who helped bring the film to Kearney, found out the film would be completed while she was teaching her new Queer Literature class. “I was looking for a challenging list of literature exploring bisexuality. It’s a topic that’s under treated in film and literature, so this film was a good match.”

The film, which hasn’t been released yet, was partly funded by a Kickstarter campaign.

“We hope that this film continues the culture of UNK@TheWorld to increase awareness of issues of diversity,” said Spanish professor Michelle Warren.

Montero will introduce the film with Singaliese. The viewing of “Cassanova Was A Woman” is free for students, faculty and staff, and the community.

Montero’s first film, “Blondes are Latin Too,” garnered two awards for Best Short Documentary. She also received the 2010 Mexico International Film Festival’s Golden Palm Award for Best Screenplay. The adapted play version was an Official Selection at the 2011 NYC International Fringe Festival. Her short film, “The Basement” premiered at The New York International Latino Film Festival sponsored by HBO in 2010. She is currently working on her next screenplay, “The Duke and Duchess of Queens.”

The film is sponsored by UNK’s Department of English, College of Fine Arts and Humanities, Ethnic Studies and Women’s Studies.

UNK@TheWorld Spring Schedule
7:30 p.m., March 3
“Cassanova Was a Woman” – A romantic comedy about fidelity, fantasy and fried plantains. Free admission.?
2 p.m. and 7:30 p.m. April 18
7:30 p.m., April 19
“Wadjda” – An enterprising Saudi girl signs on for her school’s Koran recitation competition as a way to raise the remaining funds she needs in order to buy the green bicycle that has captured her interest. The film won Best Film Feature at the Dubai International Film Awards, and won 23 other awards in 2012 through 2014. Arabic with English subtitles. Free admission with UNK ID, general public $5.