KEARNEY – The key to University of Nebraska at Kearney alumnus Richard Salmen’s success is welcoming change.

The financial expert and 2014-15 Ron Landstrom Executive-in-Residence presented “The Journey from Undisciplined Ability to Enduring Success and Happiness” Oct. 2 on campus. 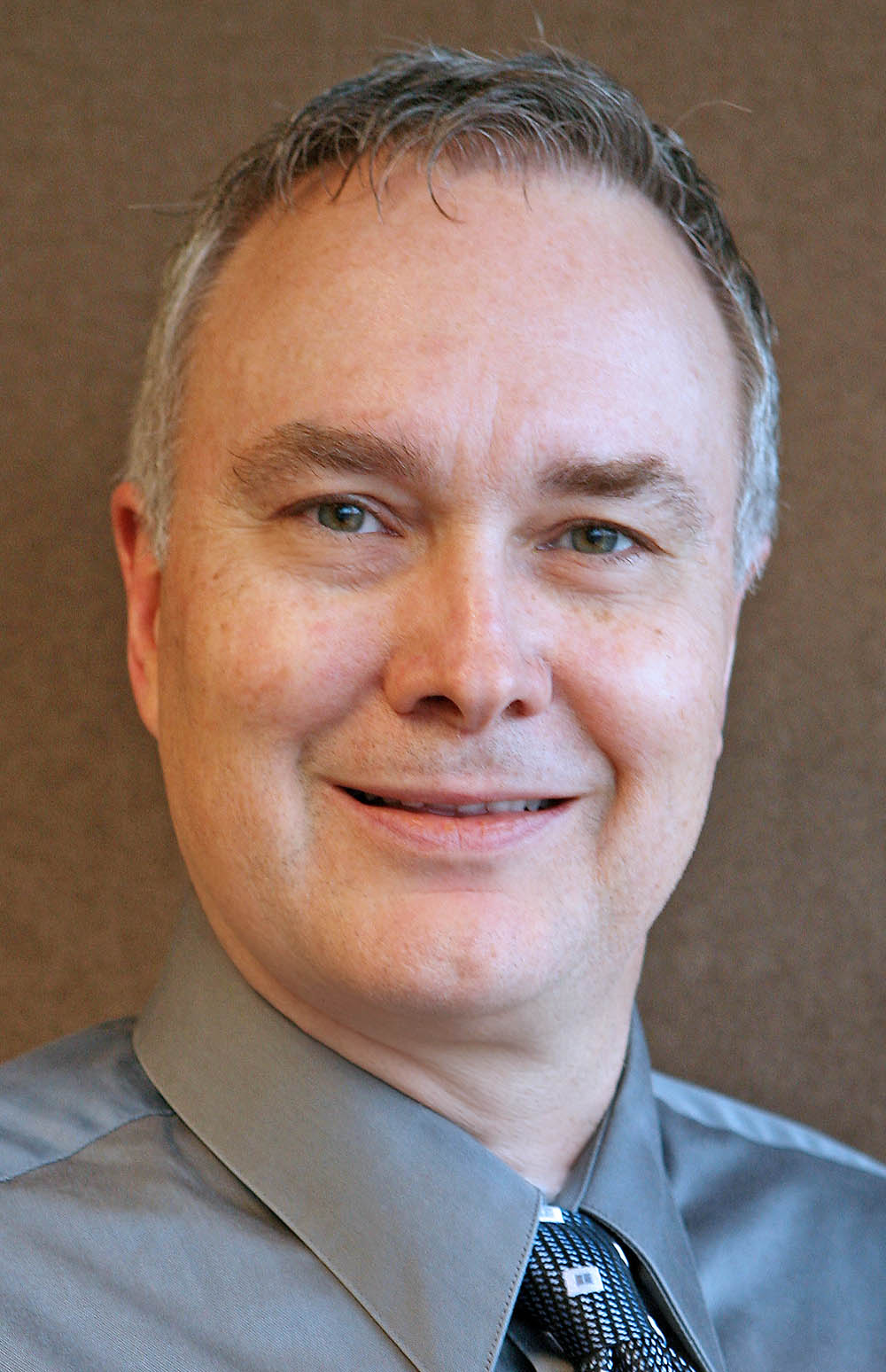 A Creighton native, he attended Kearney State College with an Army ROTC scholarship after serving as an Army private in Germany. In 1988, Salmen graduated with a business administration and airway science degree.

In 1992, he started an independent financial planning practice. Five years later, he worked as a trust officer/advisor for Legacy Trust Company in Overland Park, where he became a certified financial planner.

Salmen began his work at GTRUST in 2000, and became a certified trust and financial advisor and a chartered financial analyst. After the 2008 banking crisis, as national president of the 26,000-member Financial Planning Association, Salmen frequently traveled to Washington, D.C. to help lawmakers draft new financial regulations.

Salmen also worked as an air traffic control specialist until he retired in March 2013. He worked at the Air Traffic Control Center in Olathe, Kan., for 25 years.

How did your experience at UNK help prepare you for your careers?

When I came to Kearney State, it was an environment where there were classes of 20-25 people, all the classes were being taught by the professors. I ended up having a mentor here – Dr. Dick Lebsack – that helped guide my education career here and has been a mentor to me since then.

I’ve been very very fortunate to have had mentoring relationships in all stages of my life. I really felt like the education I got here was one that worked for me. I was encouraged to hear that the business school is still very much the same – there’s not 300 or 400 seminar classes. That, to me, is the way the experience should be.

What made you choose business and aviation?

It was pure dumb luck. When I came back on an ROTC scholarship, I came back as a business major. The only reason I ended up in the airway science program is because I happened to see in the college catalog an airway science management major, and one of the requirements was getting your pilot’s license.

Where did your interest in aviation come from?

I can remember the first time I got to fly when I was about nine or 10 years old. I grew up in a little town called Creighton. We had an airport, and there was some kind of fly in. There was a guy there with a twin-engine airplane. We, as a family, went on a flight. I was sitting in the co-pilot seat, and I think I’ve been enamored with aviation ever since.

What are some of your favorite memories about UNK?

One is graduation because I got the opportunity to speak. I got an award called the Wall Street Journal Award for Academic Excellence. I still have the glass award sitting on my desk at home. It was a real honor to be recognized in that way.

The other thing that was an important part of my experience here at UNK was the Army ROTC program. I got to grow a lot as a leader as I developed through that program.

What made you decide to pursue two careers?

I started out as an air traffic controller. The FAA was looking to get controllers in who would work for a few years and move up into management. And that was my plan – to become the guy running the FAA.

But I discovered very quickly after a few years what a bad idea that was. I couldn’t see the benefit long term into putting all my effort into FAA management and not getting the reward, either financial or job satisfaction, that I wanted.

I went down to KU and got my MBA. As I was getting close to wrapping that up, I asked myself, ‘What’s next?’ I enjoyed the investing classes, I enjoyed the finance classes. I thought, ‘I’m pretty good at this money stuff. Let’s start a financial planning business.’ It was never designed to get as big as it did.

In 2012, I realized air traffic controlling was a 40-hour a week hobby.

What are your tips for finding success and happiness?

Don’t short change yourself. Don’t sell yourself short. You’ll spend most of your time working than doing anything else in your life. It doesn’t pay to settle. Nobody is going to manage your career but you.

The key to my success in life is not fighting change.