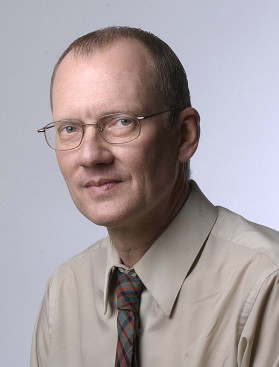 The sustainability advocate and citizen activist will present “‘Local’ Can Be Powerful: Building Community from the Ground Up” at 7 p.m. Oct. 15 at the University of Nebraska at Kearney in Copeland Hall room 140.

The event is free and open to the public. Rinne’s appearance is hosted by the UNK Political Science Department.

In an effort to reduce his carbon footprint and make his food supply more reliable, Rinne started a community garden, known as the Hawley Hamlet, in Lincoln in 2009.

In just six years, the neighborhood garden grew from a small 10-foot by 15-foot patch to six tenths of an acre. And the neighbors, who had lived beside each other for years and hardly knew each other’s names, grew relationships as they tended to the garden.

“Although we will never be self-sufficient in producing all of our own food, we are necessarily part of a larger food production network,” Rinne said. “Instead of just being consumers, we’re trying to pull our own weight in our food system.”

A Nebraska native, Rinne has been the state coordinator of Nebraskans for Peace for over 20 years, and has served as the political and legislative chair for the Nebraska Sierra Club during 2013 and 2014.

His article profiling Hawley Hamlet was featured in the April/May 2014 issue of Mother Earth News.