FLIP BOOK: A “flip book” highlighting the University Village development can be viewed at: http://unknews.unk.edu/university-village/

KEARNEY – The University of Nebraska at Kearney has completed the planning stage for development of the 104-acre site now known as University Village – a new campus that will combine public and private resources in a mix of business, retail, office, services, housing, parks and recreation. 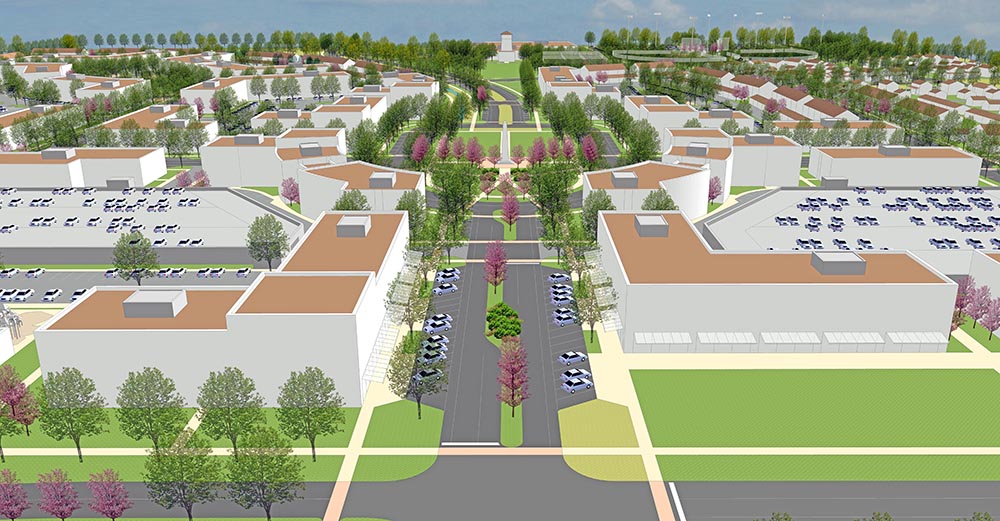 The development is planned for an area south of The Buckle headquarters and southwest of UNK’s campus on the south side of Highway 30.

With initial planning complete and preliminary designs crafted, UNK will begin working to develop and build infrastructure including roads and utilities, begin planning the first university projects for the campus, and seek developers to lead and invest in private, commercial construction projects at the new campus.

A series of public and informational meetings will be planned to obtain input on the proposed plans, culminating with a formal information session for developers in June.

Site construction could begin as soon as 2015, with the first university building planned for 2017. Designed as a village that can grow as needed, the project could take as many as 20 years to be fully complete – depending on demand for housing, Kearney’s growth, and UNK’s growth.

Called previously “south campus,” the name University Village has been adopted, to signify that the development is not only a site for university business – including residences, offices, recreation and services – but a site for private businesses: apartments, townhomes, single-family homes, offices, even possibly corporate headquarters.

As a “village,” it’s planned as a mixed-use community within Kearney – a large neighborhood that mixes a university campus with community living and services, said Barbara Johnson, vice chancellor for business and finance at UNK.

“After months of planning we are now at the point of sharing these plans and ideas with the campus and community,” Johnson said. “In order to complete a new residence hall at University Village by 2017, we need to formalize agreements with the City of Kearney and other entities to construct the main connecting street north and south, develop additional infrastructure, and plan for shared needs on the south side of the site.”

Johnson refers to a replacement of the University Heights facility, (apartment complex at 1701 W. 35th St., for families and older single full-time students), which because of its age and distance from campus has been scheduled for replacement.

Johnson said the second university building planned at University Village is a new early childhood education center. The current childcare facility on campus is in the Otto Olsen building. A new, larger, modern child-development facility will help better serve the needs of UNK faculty, staff and students, she said.

Other projects conceptualized in the preliminary plat plans include:

The project plan envisions University Drive from the north being re-located about a half-block east to accommodate a central entrance into the village. Johnson said discussions with the city and the state Department of Roads are continuing while traffic configurations are considered on Highway 30. Pedestrian crossing of U.S. Highway 30’s four lanes has been a topic for discussion.

The process, beginning in 2012, included a site inventory and analysis, input from a community advisory group, a market study (Friedman and Associates, Chicago), and a weeklong iterative design charrette (collaborate sessions for brainstorming and developing design solutions) facilitated by HDR Inc.

Johnson said the comprehensive and in-depth planning exercise merged the three components of the vision of the community and campus, the potential of the site, and the realistic opportunities identified in the market study into a plan that provides a concept for the entire site. Kearney’s Miller & Associates have been engaged as consulting engineers for infrastructure. 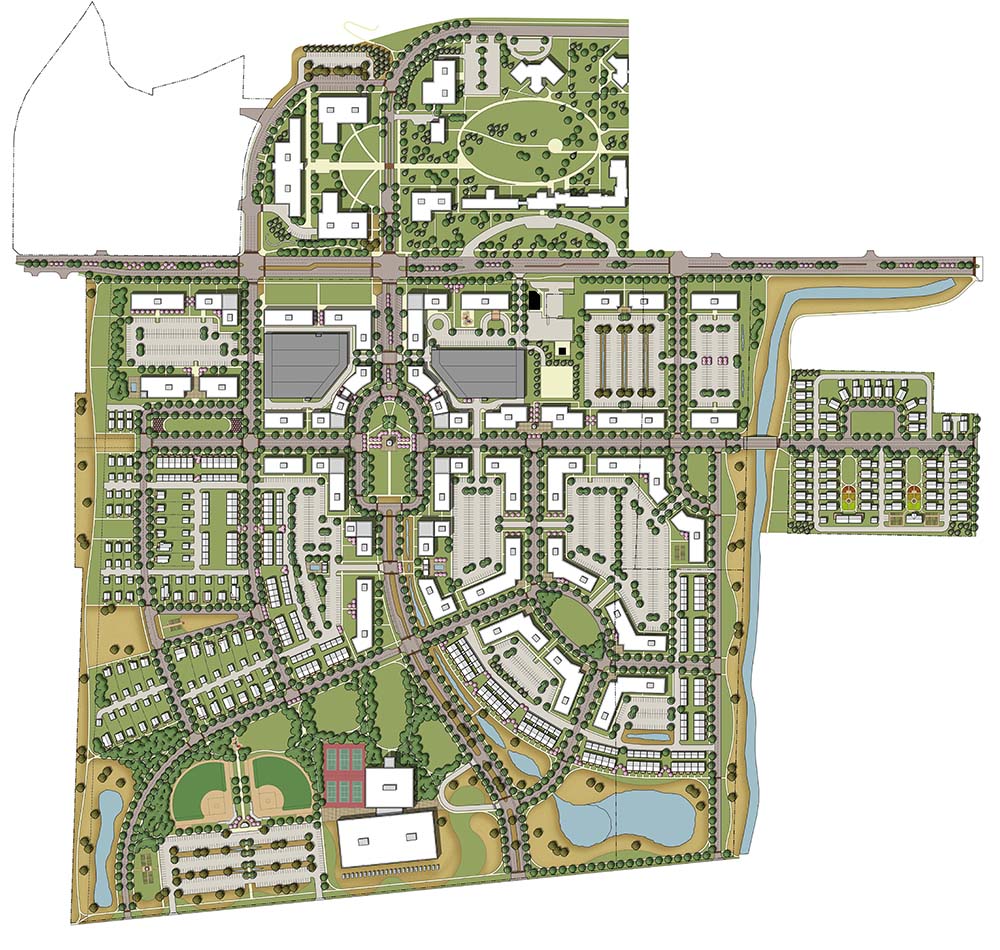