You are here: Home / Archives for Shakespeare 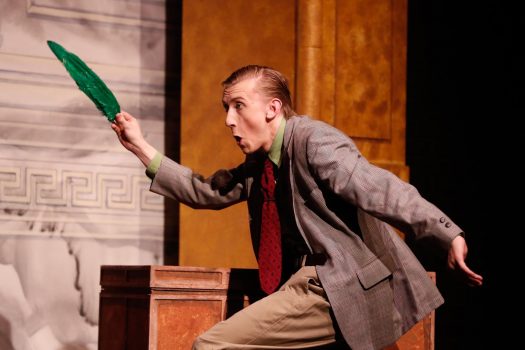 KEARNEY – The University Theatre at Kearney presents William Shakespeare’s “The Comedy of Errors” Wednesday through Sunday at the University of Nebraska at Kearney. One of Shakespeare’s most farcical comedies, “The Comedy of Errors” tells the story of two sets of identical twins inadvertently separated at birth. When Antipholus of Syracuse and his servant, Dromio of Syracuse, arrive in Ephesus – which happens to be the home of their twin brothers, Antipholus of Ephesus … END_OF_DOCUMENT_TOKEN_TO_BE_REPLACED