You are here: Home / Archives for Persepolis 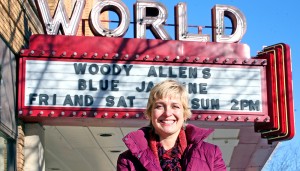 By SARA GIBONEY UNK Communications KEARNEY – UNK@TheWorld, a collaboration between the University of Nebraska at Kearney and The World Theatre, will feature three international films over the next three months. “As a fan of international film, I thought it would be awesome to create a space for people to see films that were well reviewed and critically acclaimed,” said Michelle Warren, assistant professor of Spanish. “Here in Kearney, we have this gorgeous renovated … END_OF_DOCUMENT_TOKEN_TO_BE_REPLACED