You are here: Home / Archives for Beth Morris 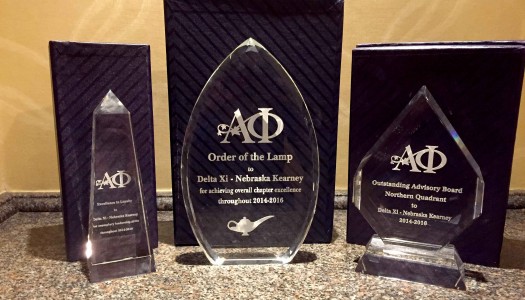 KEARNEY – UNK sorority Alpha Phi won five awards at its national convention June 22-26 in Cleveland, including recognition as Most Outstanding Advisory Board out of the 168 U.S. and Canadian chapters represented. The event included national awards presented in large- and small-chapter divisions, with University of Nebraska at Kearney competing in the small-school “silver” division. Awards were given based on what chapters achieved over the past two years. Representing … END_OF_DOCUMENT_TOKEN_TO_BE_REPLACED