You are here: Home / Archives for 3-D Lab 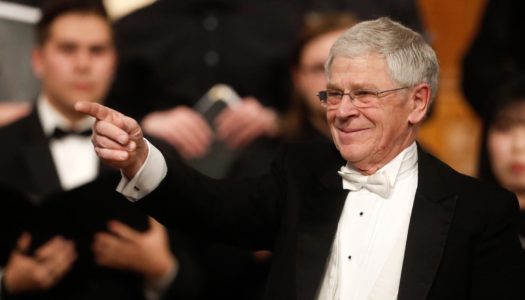 By TYLER ELLYSON UNK Communications KEARNEY – When David Bauer announced his upcoming retirement, he included lyrics from Frank Sinatra’s “My Way” in a message to his students. Like the legendary song released five decades ago – one year after Bauer first stepped in the classroom as a graduate teaching assistant – the end is near for the 73-year-old’s career in music education. He’ll face the final curtain April 28, when the longtime director of choirs conducts his … END_OF_DOCUMENT_TOKEN_TO_BE_REPLACED