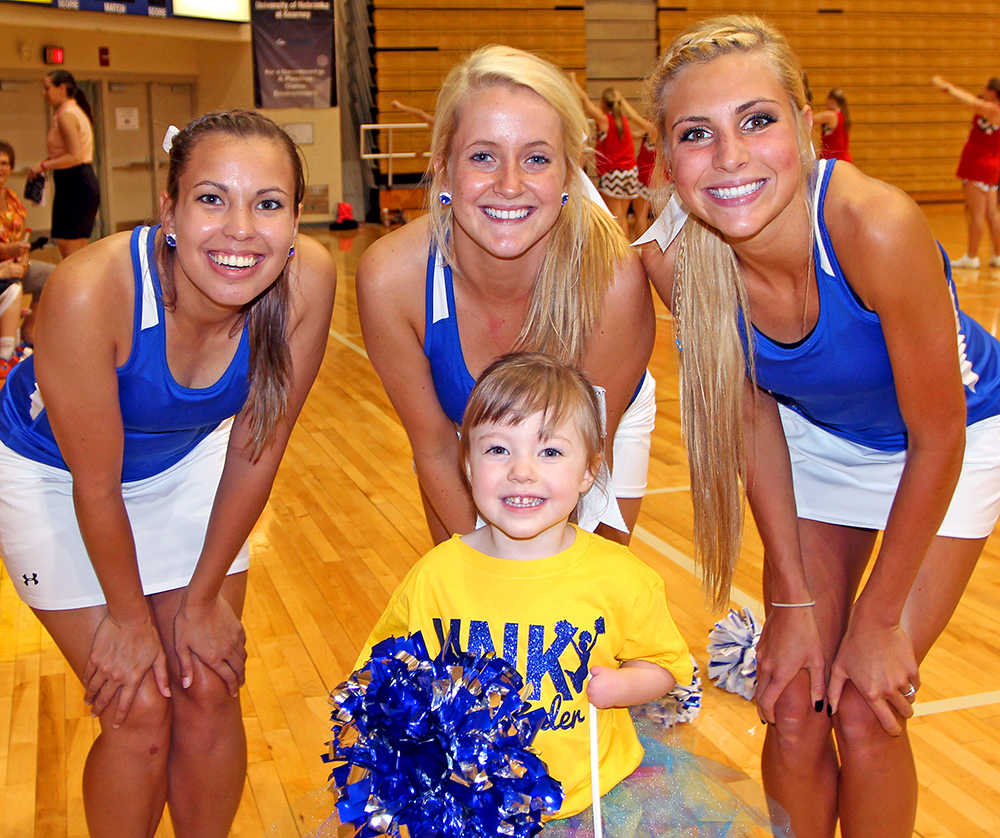 KEARNEY – All week, Reagan Gormley has been cheerfully making up songs about the University of Nebraska at Kearney Cheerleading Squad.
The excited three-year-old from Omaha, who was born without fingers on her left hand, finally met the team Friday when she was made honorary cheerleader as part of Shrine Bowl festivities this week in Kearney. 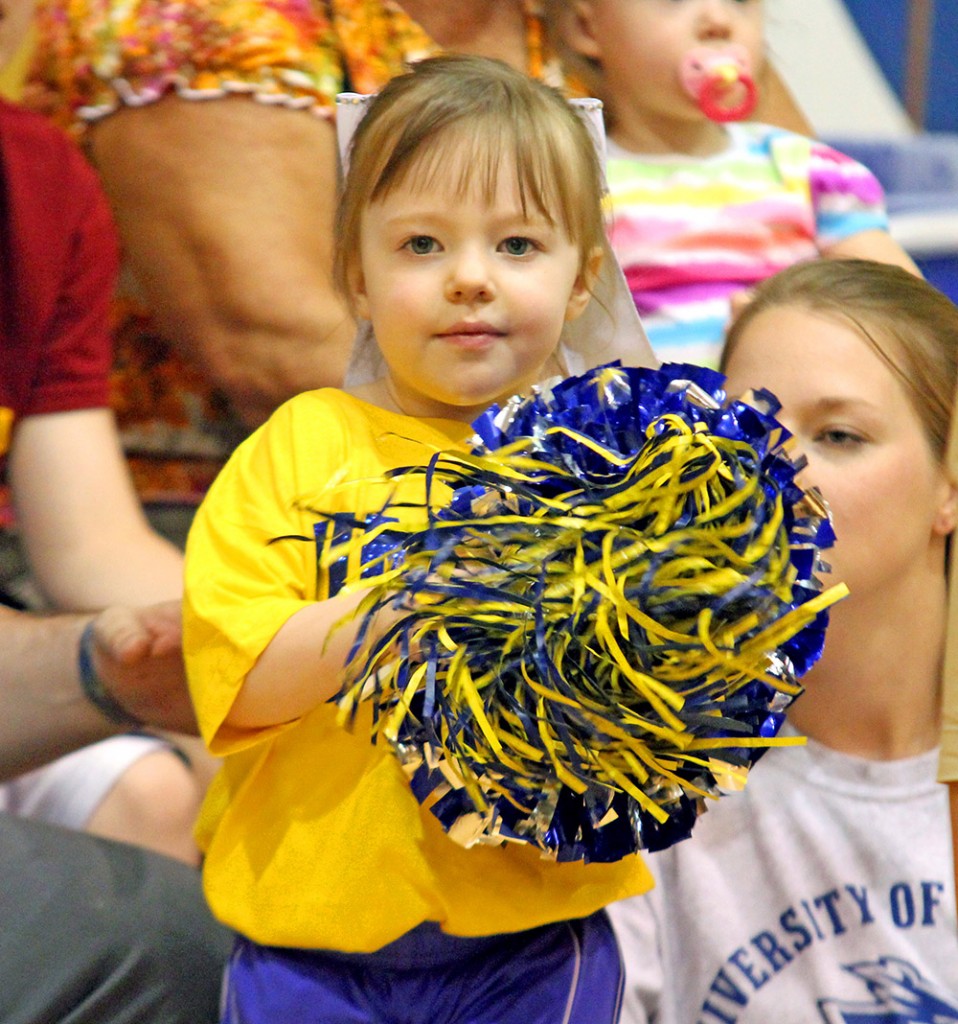 Gormley has been visiting the Shriners Hospital for Children in Minneapolis since she was a baby.
“We want to be supportive of the Shrine Hospital and be supportive of Reagan,” UNK Cheer Squad Advisor Laura Matthies said. “We wanted to show her the confidence cheerleaders have, and hopefully she can take that with her in other aspects in her life.”
Gormley’s parents and UNK alumni, Clint and Angie, discovered Reagan hadn’t developed fingers on her left hand before she was born. She was born with a wrist and palm.
“She is just the light of our lives,” said Angie. “She’s a very energetic and vibrant young lady.”
Reagan first visited the Shiners Hospital for Children when she was three months old. The Gormleys were informed about the types of prosthetics Reagan could receive when she was older. She returned to the hospital in September 2013 so doctors could ensure that her hand was growing in proportion to the rest of her body.
She is eligible to receive adaptive tools and prosthetics from the hospital. Angie said she may use prosthetics when she’s older depending on what activities she’s interested in. Prosthetics can be made for specific uses such as swimming or playing musical instruments.
“She’s amazing,” Angie said. “She’s just figured out everything on her own using the hand that she’s got.”
The Gormleys hope Reagan’s visit to UNK show her that differences make each person special.
“Just because she was born different doesn’t mean she can’t do what everybody else can,” her mother said.
“This gives us a chance to educate people in the UNK community and in Nebraska about kids who are born with differences. This just happens to be one of the things that makes her different.”
The Cheer Squad presented Regan with a Loper T-shirt, pom poms and other gifts, and performed cheers and a dance.
“We were very excited to give Reagan this opportunity to be a little bit of a star,” Angie added.
The cheerleaders hope Reagan’s visit was an encouraging one.
“We hope to be good role models for her to look up to and help her stay positive and encouraged,” said UNK junior cheerleader co-captain Mallory Ritthaler.
The UNK Cheerleading Squad hosted a cheer camp for high school students this week. The students will perform during Saturday’s parade and on the sidelines and halftime of the football game.
The Gormleys also have a one-year-old daughter named Quinn.
The Shrine Bowl of Nebraska hosts Saturday’s football game to recognize the best graduated high school senior players and efforts of coaches in Nebraska to raise funds for Shriners Hospitals for Children.
The Shrine Bowl Parade is at 10 a.m. Saturday on Central Avenue in Downtown Kearney. The 56th annual Shrine Bowl of Nebraska Football Game is at 2 p.m. Saturday at Ron and Carol Cope Stadium at Foster Field.