You are here: Home / Archives for University of Nebraska at Kearney

University of Nebraska at Kearney 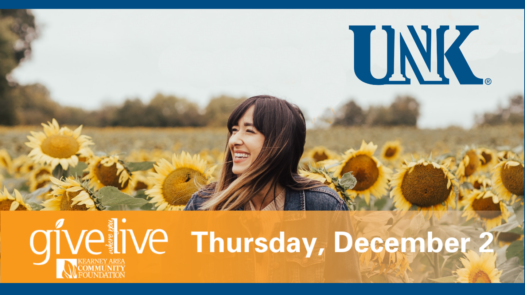 Joy of Giving is theme for Thursday's Kearney-area community giving day KEARNEY - Give Where You Live brings people together as one community, raising important funds and awareness for Kearney-area nonprofits. The University of Nebraska at Kearney encourages those who wish to make a difference in the lives of students to provide a gift during Thursday’s community campaign for the Kearney Community Scholarship for UNK. A contribution of any amount will help provide the … END_OF_DOCUMENT_TOKEN_TO_BE_REPLACED 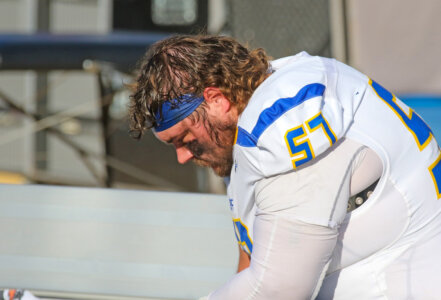 SAN ANGELO, TEXAS - The No. 26-ranked Angelo State Rams got 152 yards and a touchdown from sophomore reserve back Alfred Grear and played strong defense to down No. 21 University of Nebraska at Kearney, 20-7, Saturday in the second round of the NCAA Division II playoffs in San Angelo, Texas. The second-seeded Rams (11-2), from the Lone Star Conference, advance to the regional finals where they'll face top-seed Colorado School of Mines (11-1). The Orediggers will host that … END_OF_DOCUMENT_TOKEN_TO_BE_REPLACED 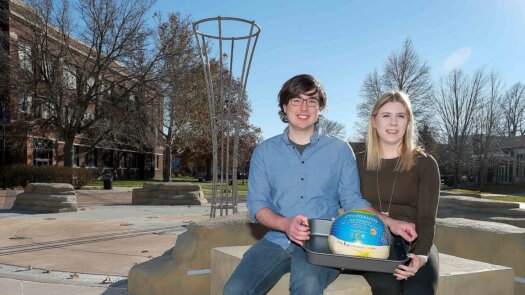 By ERIKA PRITCHARD UNK Communications KEARNEY – Josh and Tiffany Stoiber are establishing their Thanksgiving traditions as a couple. “We’re so young that we’re in that period of figuring out how Thanksgiving works as adults who are married,” Tiffany said. “I have my family, and he has his family. How do you combine those things and establish traditions when we’ve only been married for six years?” Early in their marriage, Tiffany’s parents, Tim and Nina Valleau of … END_OF_DOCUMENT_TOKEN_TO_BE_REPLACED 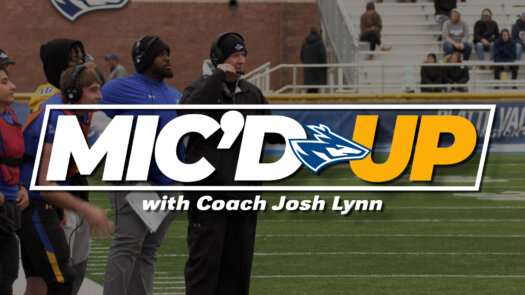 Ever wonder what it’s like to be on the UNK Football sidelines and in the locker room on Game Day? We mic'd up Coach Josh Lynn on senior day for a behind-the-scenes look at the Lopers’ win over NSU. … END_OF_DOCUMENT_TOKEN_TO_BE_REPLACED 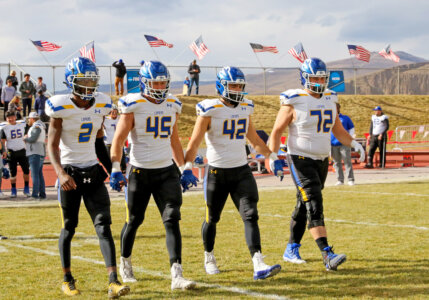 Junior quarterback TJ Davis ran for a two-yard touchdown with 1:52 left and the UNK defense made a tackle at its own three-yard line in the waning seconds to help the 21st-ranked Lopers hold off 13th-ranked Western Colorado, 31-24, Saturday afternoon in an NCAA Division II Playoff game in Gunnison, Colo. The sixth-seeded Lopers (10-2) win a playoff game for the second time in school history and advance to the second round, where they'll take on second-seeded Angelo … END_OF_DOCUMENT_TOKEN_TO_BE_REPLACED