You are here: Home / Archives for Robert Carson 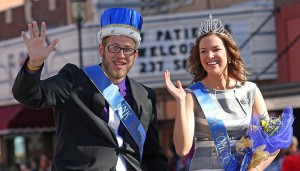 KEARNEY – Eight finalists for homecoming royalty at the University of Nebraska at Kearney were announced Monday. The king and queen will be crowned at 9 p.m. Thursday at the Health and Sports Center. They also will be recognized during halftime of UNK’s football game against Missouri Southern state at 3 p.m. on Saturday and oversee other homecoming week festivities. Finalists were selected by student vote. The final round of voting takes place this week. Queen … END_OF_DOCUMENT_TOKEN_TO_BE_REPLACED