You are here: Home / Archives for Red Dress Poker 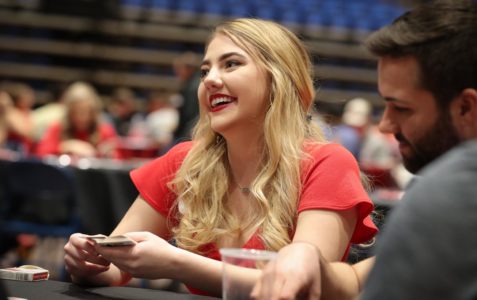 UNK's Alpha Phi sorority hosted its annual Red Dress Poker and Pitch Tournament on Thursday evening in the Health and Sports Center. In its 15th year, the event included a Texas Hold ’em competition for individual players and a 10-point pitch tournament for teams of two. A total of 216 players from the UNK campus and Kearney-area communities participated. The event raised more than $11,000 for the Alpha Phi Foundation, which supports women’s heart health education and … END_OF_DOCUMENT_TOKEN_TO_BE_REPLACED 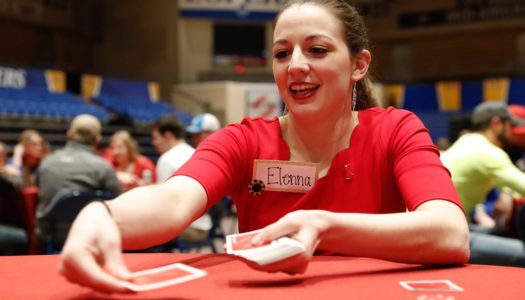 By TYLER ELLYSON UNK Communications KEARNEY – One of the most popular fundraisers at the University of Nebraska at Kearney is back for the 14th year – with a new twist. The Alpha Phi sorority will host its Red Dress Poker Tournament on March 7 at the Health and Sports Center. In addition to the usual Texas Hold ’em competition, this year’s event will also feature four-player, 10-point pitch. “By adding pitch, we think more college students will be interested in … END_OF_DOCUMENT_TOKEN_TO_BE_REPLACED 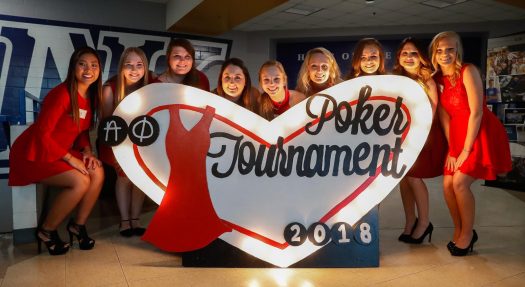 Red Dress event raises about ,000 By TYLER ELLYSON UNK Communications KEARNEY – Bruce Lear started playing in the Red Dress Poker Tournament four years ago when his daughter was a member of the Alpha Phi sorority at the University of Nebraska at Kearney. The camaraderie, cause and atmosphere have kept him coming back since then. “It’s just a fun event, and it’s not so serious,” Lear said during Thursday’s tournament at UNK’s Health and Sports Center. Lear, … END_OF_DOCUMENT_TOKEN_TO_BE_REPLACED 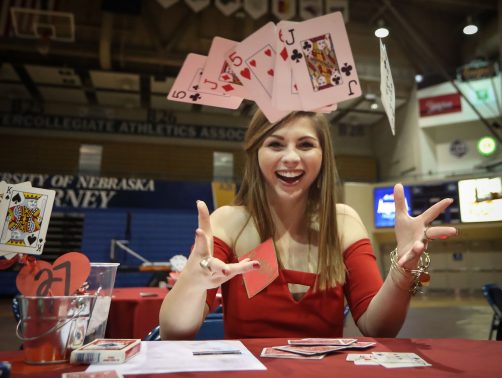 The Alpha Phi sorority at the University of Nebraska at Kearney hosted its 12th annual Red Dress Poker Tournament on Thursday, March 2, at the UNK Health and Sports Center. The event raised more than ,000 for the Alpha Phi Foundation, which supports women’s cardiac care. More than 200 people participated in the tournament. (Photos by Corbey R. Dorsey/UNK Communicati0ns) … END_OF_DOCUMENT_TOKEN_TO_BE_REPLACED 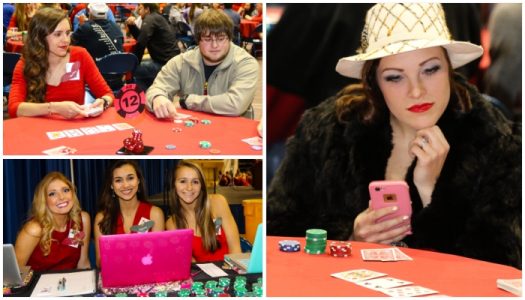 KEARNEY – Kearney’s largest poker tournament is back for its 12th year. The Alpha Phi sorority at University of Nebraska at Kearney hosts its Red Dress Poker Tournament at 4:30 p.m. March 2 at UNK’s Health and Sports Center. Buybacks are available until 7:30 p.m. The event is open to the public. Tickets are in advance and can be purchased from any Alph Phi member and at ticketing locations set up over the noon hour at the Nebraskan Student Union and Health and … END_OF_DOCUMENT_TOKEN_TO_BE_REPLACED