You are here: Home / Archives for Nebraska Air National Guard 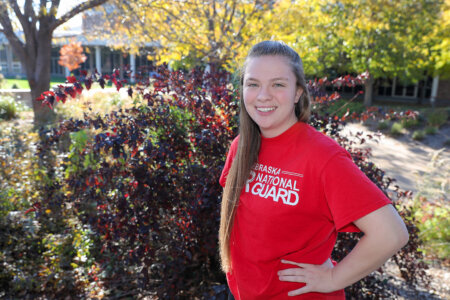 By TYLER ELLYSON UNK Communications KEARNEY – There are two sides to Megan Coffin. You’ll see one of them on stage at the University of Nebraska at Kearney, where she’s a senior majoring in elementary education with a theater minor. That’s the quirky side, the person who played a giant bird in the recent UNK Theatre production of “Nightfall with Edgar Allan Poe,” ended a war by withholding sex as the main character in “Lysistrata” and committed a murder while … END_OF_DOCUMENT_TOKEN_TO_BE_REPLACED