You are here: Home / Archives for NCAA Division II 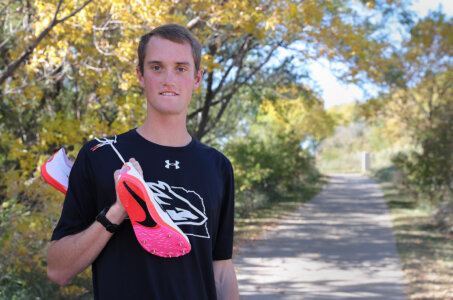 MIAA CROSS COUNTRY CHAMPIONSHIPS UNK is hosting the MIAA Cross Country Championships this Saturday (Oct. 23) at Kearney Country Club. Weather permitting, the women’s 6K race starts at 11:30 a.m., followed by the men’s 8K at 12:15 p.m. An awards ceremony will follow the men’s race at approximately 1:15 p.m. Admission is free for both races. Parking and course information is available here. By TYLER ELLYSON UNK Communications KEARNEY – There are a lot of … END_OF_DOCUMENT_TOKEN_TO_BE_REPLACED 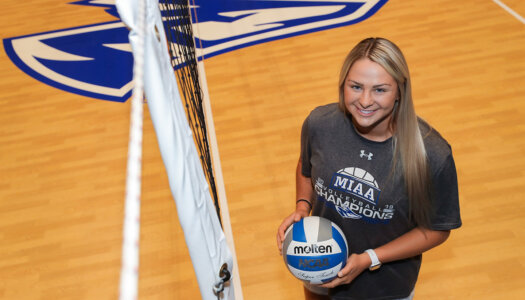 By TYLER ELLYSON UNK Communications KEARNEY – There was a time when Rick Squiers thought Sami Mauch’s volleyball career might be over. Following her second knee surgery in less than two years, the University of Nebraska at Kearney head coach was prepared for the possibility that she may never return to the court. “After going through what she’s gone through, I think a lot of people would have said, ‘That’s enough,’” said Squiers, who put together a 2021 roster that … END_OF_DOCUMENT_TOKEN_TO_BE_REPLACED 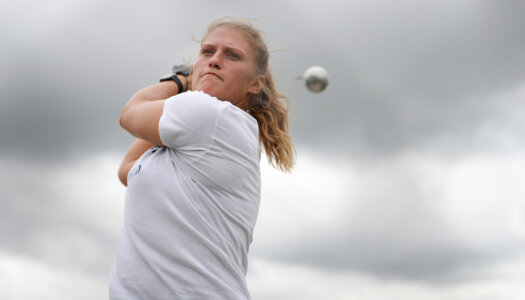 NCAA DIVISION II CHAMPIONSHIPS Five UNK student-athletes are competing in the NCAA Division II Outdoor Track and Field Championships scheduled for Thursday through Saturday at Grand Valley State University in Allendale, Michigan. On the women’s side, Tiara Schmidt of McCook and Logan Prater of Colorado Springs, Colorado, both qualified in two events. Schmidt will compete in the shot put and hammer throw, and Prater will compete in the hammer throw and discus. Abby … END_OF_DOCUMENT_TOKEN_TO_BE_REPLACED 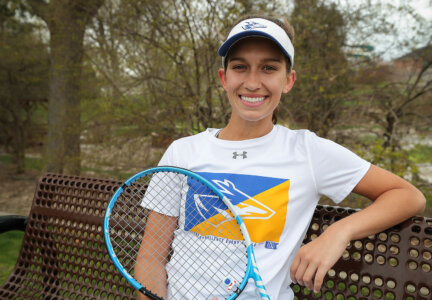 By TYLER ELLYSON UNK Communications KEARNEY – Claire Neil talks the talk and walks the walk – “although she doesn’t talk a lot.” That’s how University of Nebraska at Kearney head women’s tennis coach Scott Shafer describes the lone senior on this year’s roster. She’s definitely not the most vocal player, but she leads by example. Neil is always on time, never makes excuses and gives nothing less than 100% effort. She’s supportive of her teammates and … END_OF_DOCUMENT_TOKEN_TO_BE_REPLACED 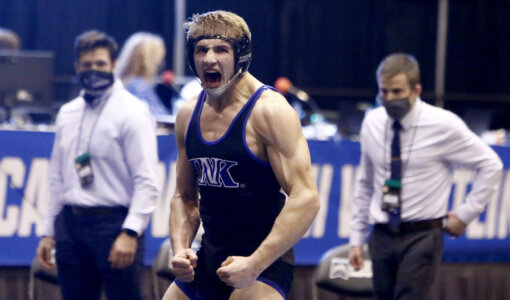