You are here: Home / Archives for Mike Daubert 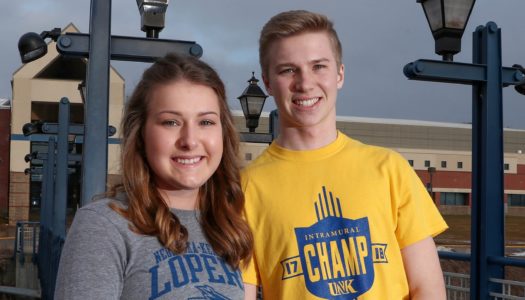 By TYLER ELLYSON UNK Communications KEARNEY – Twin siblings Morgan and Trevor Daubert have a special connection with the University of Nebraska at Kearney. It’s where their parents, Heather and Mike Daubert of Omaha, met at a sorority-fraternity social in August 1990 before earning the degrees that launched their careers in education. Their grandparents, Kathy and Les Livingston of Kearney, are also UNK graduates who met on campus. Kathy enjoyed a 38-year career at … END_OF_DOCUMENT_TOKEN_TO_BE_REPLACED