You are here: Home / Archives for Mikayla Fulk 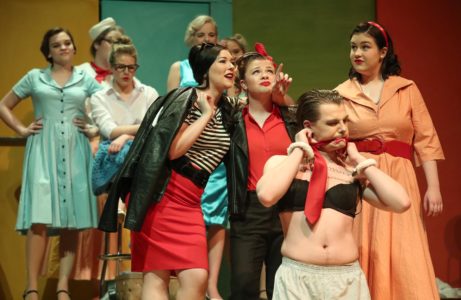 KEARNEY – The University Theatre at Kearney and Alpha Psi Omega present “Lysistrata” Wednesday through Sunday at the University of Nebraska at Kearney. The student-directed performance is led by Mikayla Fulk, a UNK senior from Scottsbluff. Written by Aristophanes and adapted by Will Huddleston, “Lysistrata” is an amusing account of a woman’s extraordinary mission to end a war using the most powerful weapons in the feminine arsenal. When she persuades the women on both … END_OF_DOCUMENT_TOKEN_TO_BE_REPLACED 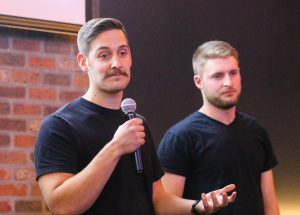 By TYLER ELLYSON UNK Communications KEARNEY – SriTeja Vedurumudi studies economics at the University of Nebraska at Kearney. He also plays bass guitar and can sing a little rock and heavy metal. Combine those things and you get Musician Connection, the business plan he pitched Wednesday evening during the eighth annual Big Idea Kearney competition hosted by UNK’s Center for Entrepreneurship and Rural Development. Vedurumudi, a freshman from San Antonio, spent a lot of … END_OF_DOCUMENT_TOKEN_TO_BE_REPLACED