You are here: Home / Archives for Jillian Stoumbaugh 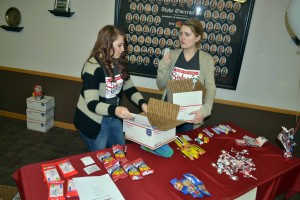 Alpha Omicron Pi at the University of Nebraska at Kearney is sending 156 care packages to active soldiers overseas. As part of its annual Sisters for Soldiers event, the UNK sorority expanded the project this year to include public collection points at Kearney grocery stores, where customers were encouraged to donate. “We are extremely thankful for the community support. Since this was a 100 percent donation-based event, we cannot thank those enough who donated … END_OF_DOCUMENT_TOKEN_TO_BE_REPLACED 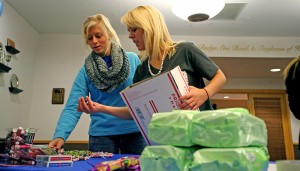 KEARNEY – The Alpha Omicron Pi sorority at the University of Nebraska at Kearney is asking the public to help donate items that will be used to make care packages for active soldiers overseas. As part of its annual Sisters for Soldiers event, the women of AOII have expanded their project to include collection points at Hyvee and Wal-Mart in Kearney, where customers will be given lists of items needed. “By expanding this beyond campus and into the community, we are … END_OF_DOCUMENT_TOKEN_TO_BE_REPLACED

By AUSTIN KOELLER UNK Communications KEARNEY – UNK students and Kearney-area residents have the opportunity to dodge, dip, dive and duck when Alpha Omicron Pi (AOII) hosts its eighth annual Dodgeball Tournament at 6:30 p.m. March 12 in Cushing Coliseum. The tournament at the University of Nebraska at Kearney will consist of between five and six players per team. Registration is $35 per team. Profits from the tournament and a prize raffle will benefit AOII’s … END_OF_DOCUMENT_TOKEN_TO_BE_REPLACED