You are here: Home / Archives for Jessica Carbaugh 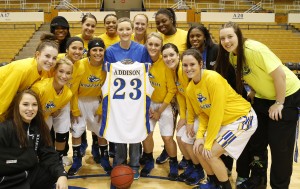 Brain cancer survivor made honorary Loper By TODD GOTTULA UNK Communications KEARNEY – Addison Samuelson’s fight with brain cancer started in the living room of her Cambridge home. With her mom, Jessica Carbaugh, by her side, it was time to have some serious conversation. Just the two of them. Mother and teenage daughter. It was May 2012. Doctors at Children’s Hospital and Medical Center in Omaha just performed surgery to remove a mass near Addison’s … END_OF_DOCUMENT_TOKEN_TO_BE_REPLACED