You are here: Home / Archives for Jarrod Hinrichs 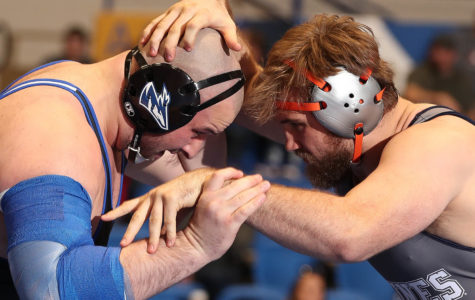 By TYLER ELLYSON UNK Communications KEARNEY – Jarrod Hinrichs and his Loper teammates were preparing for their final workout of the season when the University of Nebraska at Kearney wrestling coaches called an impromptu meeting. It was around 4 p.m. March 12, less than 24 hours before the NCAA Division II Championships were scheduled to begin at the Denny Sanford Premier Center in Sioux Falls, South Dakota. “You could tell by the look on their faces they were … END_OF_DOCUMENT_TOKEN_TO_BE_REPLACED