You are here: Home / Archives for Eurotech Global Sports AG 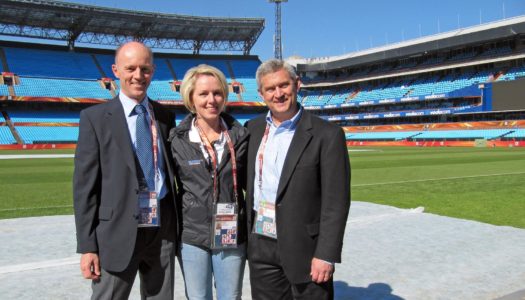 By TYLER ELLYSON UNK Communications KEARNEY – Nearly half the global population – roughly 3.5 billion people – watched the 2018 FIFA World Cup. The 32-team tournament – soccer’s biggest event – took place in 11 different cities across Russia and was broadcast live in every territory around the world. None of that would have been possible without Dick Wiles, a University of Nebraska at Kearney graduate who led the team that oversaw the development and operation of … END_OF_DOCUMENT_TOKEN_TO_BE_REPLACED