You are here: Home / Archives for Elite Eight 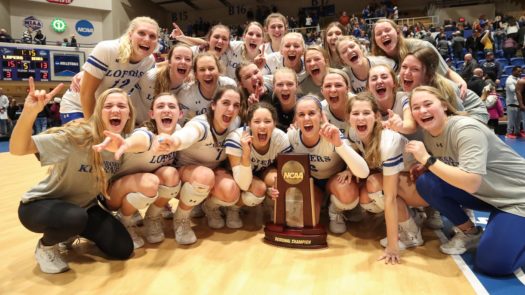 The second-ranked and unbeaten University of Nebraska at Kearney volleyball team won an epic five-set match against nine-time NCAA Division II national champion Concordia-St. Paul on Saturday night at the Health and Sports Center. The Lopers (36-0) win the Central Regional and advance to the Elite Eight for the first time since 2005 and the sixth time in program history. The Division II quarterfinals, semifinals and championship match will be played Dec. 12-14 at the … END_OF_DOCUMENT_TOKEN_TO_BE_REPLACED