You are here: Home / Archives for Darrell Morris 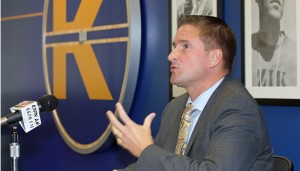 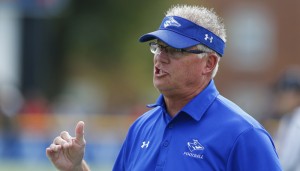 KEARNEY - University of Nebraska at Kearney head football coach Darrell Morris will not return next year, UNK Athletics Director Paul Plinske announced today. "It is with great appreciation that we recognize the many contributions Darrell has made to UNK during his 28 years," said Plinske. "He displayed great passion and enthusiasm for his profession and this institution. He devoted countless hours to our student-athletes and the Kearney community. We thank Darrell and … END_OF_DOCUMENT_TOKEN_TO_BE_REPLACED 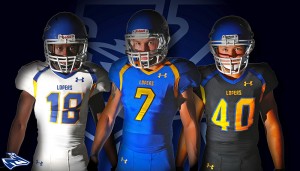 By TODD GOTTULA UNK Communications KEARNEY – A new look is coming to Loper Athletics this year. On Monday, the University of Nebraska at Kearney unveiled its new Under Armour football uniforms for the 2014 season. “It’s been really fun seeing the facial expressions of our student athletes when they see the new uniforms. They are anxious to wear the 100 percent custom-designed apparel while representing our university,” said UNK Athletics Director Paul … END_OF_DOCUMENT_TOKEN_TO_BE_REPLACED 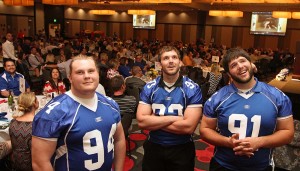 By TODD GOTTULA UNK Communications KEARNEY – The University of Nebraska at Kearney football team raised $165,000 to benefit student-athlete scholarships at its annual Loper Football Backers Club dinner and scholarship fundraiser on Tuesday. Nearly 600 people attended the banquet at Kearney’s Younes Conference Center. In its fifth year, the event has raised $631,000 since it was first hosted in 2010. The $165,000 brought in through Tuesday’s silent and live … END_OF_DOCUMENT_TOKEN_TO_BE_REPLACED 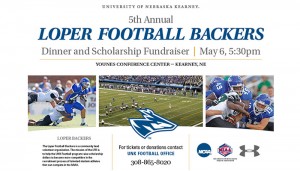 BY TODD GOTTULA UNK Communications KEARNEY – The University of Nebraska at Kearney has gathered a lot of momentum with its football fundraising efforts over the past four years. Thanks to the Loper Football Backers Club dinner and scholarship fundraiser established in 2010, the program has raised $466,000 for scholarships and other program needs. UNK will look to continue that momentum when Loper Backers hosts this year’s fundraising event May 6 at the Younes … END_OF_DOCUMENT_TOKEN_TO_BE_REPLACED