You are here: Home / Archives for Columbus 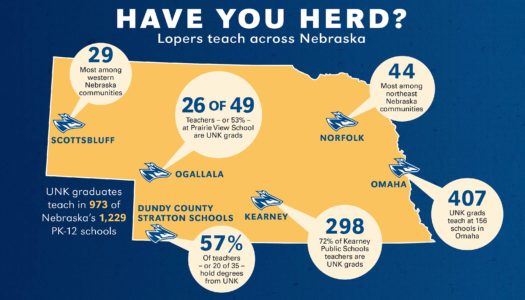 More than 4,300 UNK graduates teach in Nebraska’s PK-12 schools By TYLER ELLYSON UNK Communications KEARNEY – You’ll find them in nearly 300 communities across the state – from Ogallala to Omaha, Scottsbluff to South Sioux City and points in between. They’re teaching in small towns in the heart of cattle country and urban areas within the “Silicon Prairie.” When it comes to PK-12 education, the University of Nebraska at Kearney has the Cornhusker State covered … END_OF_DOCUMENT_TOKEN_TO_BE_REPLACED

By TYLER ELLYSON UNK Communications KEARNEY – It had been nearly nine years since Clinton Zegers last stepped foot on the University of Nebraska at Kearney campus. He was in his early 20s then, a typical college student with a respectable 3.2 GPA preparing for his final semester of classes. By all appearances, the former homecoming king, class president and all-state football player at David City Aquinas High School was on the right track. But he was hiding another … END_OF_DOCUMENT_TOKEN_TO_BE_REPLACED 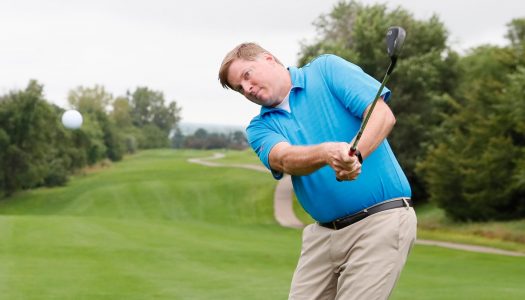 By TYLER ELLYSON UNK Communications Most exercise science research occurs in a controlled environment. Professors and students design a workout regime, find subjects to monitor, then track their improvements over time. This works for some tests, but what happens when participants are off their scheduled routine and back to their regular habits? How do you get people to increase their physical activity and eat better on their own? This is the type of question Todd … END_OF_DOCUMENT_TOKEN_TO_BE_REPLACED 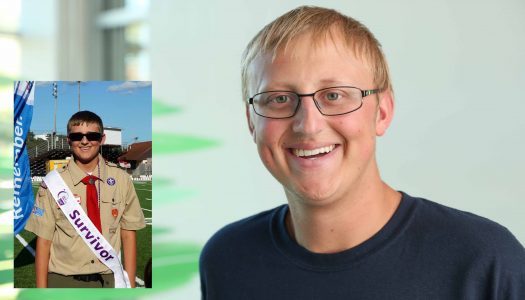 By TYLER ELLYSON UNK Communications KEARNEY – Two years ago, Kyle Anderson didn’t think he’d live long enough to celebrate Christmas. Now the University of Nebraska at Kearney sophomore is preparing for a career as a physician and the opportunity to help others overcome health-related obstacles. “I definitely know what it means to have a good physician, and I’d love to be able to pay that forward to my patients someday,” he said. Anderson was diagnosed in 2011 … END_OF_DOCUMENT_TOKEN_TO_BE_REPLACED 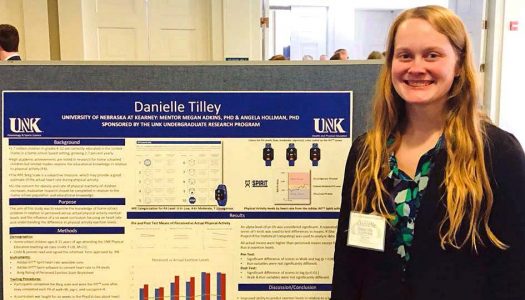 By Interactive Health Technologies WASHINGTON – University of Nebraska at Kearney student Danielle Tilley was recently named one of 60 winners in the national “Posters on the Hill” contest sponsored by the Council on Undergraduate Research. Her research project demonstrated how physical education heart rate technology gave home-schooled students a more accurate picture of their fitness by showing the differences between their perceived and actual exertion … END_OF_DOCUMENT_TOKEN_TO_BE_REPLACED