You are here: Home / Archives for Bob Hays 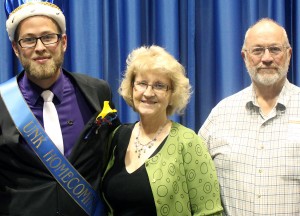 Writer: Sara Giboney Office: 308.865.8529 email: giboneys2@unk.edu By SARA GIBONEY UNK Communications KEARNEY – His mom committed suicide when he was three years old. His father was sent to prison just a few years later. But University of Nebraska at Kearney student Dan Carlson has a family worth celebrating. After losing both parents, Carlson and his brothers – Andy, Tom and Steve – moved in with their former neighbors Bob and Rita Hays of Grand Island and their four … END_OF_DOCUMENT_TOKEN_TO_BE_REPLACED