You are here: Home / Archives for Black Student Association 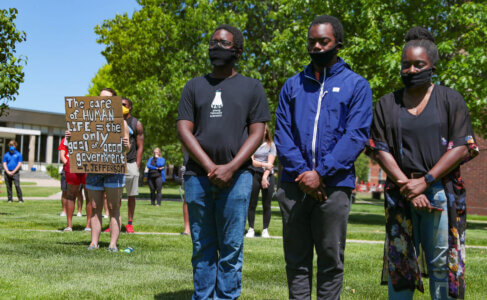 ﻿ By TYLER ELLYSON UNK Communications KEARNEY – Eight minutes and 46 seconds. That’s how long a Minneapolis police officer pressed his knee against George Floyd’s neck as Floyd gasped for air and eventually stopped breathing. The May 25 incident – another fatal interaction between law enforcement and an unarmed black citizen – sparked a wave of protests across the country and a renewed call to end racism, inequality and police brutality. On Thursday – 10 days … END_OF_DOCUMENT_TOKEN_TO_BE_REPLACED 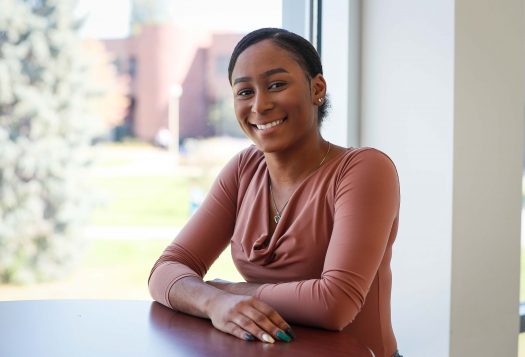 By TYLER ELLYSON UNK Communications KEARNEY – Samiya Alexander was born in Chicago, but raised in North Platte. She’s used to life in the rural Midwest and being a minority. “The black population here isn’t that huge,” Alexander said, perhaps understating the lack of diversity in many Nebraska communities. Alexander feels comfortable at the University of Nebraska at Kearney, where people from many races and backgrounds come to study and interact. Still, she … END_OF_DOCUMENT_TOKEN_TO_BE_REPLACED 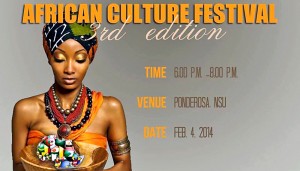 By SARA GIBONEY UNK Communications KEARNEY – The third annual African Culture Festival kicks off Black History Month events Tuesday (Feb. 4) at the University of Nebraska at Kearney. “I feel like a lot of people forget about Black History Month,” said Alma Torrez, a junior elementary education major and president of the Black Student Association. “It’s good for people to know when it is celebrated and participate in events that honor people who fought for civil … END_OF_DOCUMENT_TOKEN_TO_BE_REPLACED